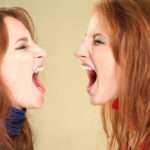 Graduates struggling to find work after university have been reminded that young people do have a (very loud) voice in this country – as an estimated 50,000 took to the streets of London yesterday to protest against the planned rise in tuition fees to up to £9,000 a year.

Window-smashing, Millbank-storming and placard-burning aside, yesterday was a phenomenal show of ‘people power’ – not seen in this country since the Stop the War rally in 2003.

Nobody expected protesters to turn out in such large numbers – and Graduate Fog was tickled pink to see so many young people marching against coalition’s insistence that students and graduates should pick up the bill for the funding ‘black hole’ in the university system, caused by cuts in the education budget and years of poor management.

I was particularly struck by the size of the protests because just this Saturday I read a piece in the Times called ‘What’s up with twentysomethings?’ in which one graduate remarked that his generation felt ‘powerless’, despite being politically engaged.

(I’d link to it, but apparently Rupert Murdoch has tucked it behind his paywall – apparently doesn’t want anybody under the age of 50 to read it…)

“We’re not apathetic. We’re well informed because of different ways of accessing information, but we don’t feel particularly powerful. It still feels like power lies in the hands of the generation before us.”

On occasion, I am struck by this sense of powerlessness from Graduate Fog’s users in  your comments – particularly when it comes to the corrosive practice of unpaid internships, which are blocking many of you from opportunities that you should all have fair access to. “What can we do?” you say. “This is just the way it is.”

But it seems that things could be about to change.

The Times also spoke to the journalist Thomas Viney, 27, who wrote on Platform that after a delayed start, his generation was finally ready to “grow up and face the music” and engage with the reality of the world you find yourselves in.

For me, what yesterday’s protest showed was that young people have more power than you think you do. Even without the violence, the march would still have been the top story on the BBC and all over the front pages today.

You are young, strong, articulate – and there are are hundreds of thousands of you. When you get it together, there’s no stopping you.

Reading today’s coverage in the press, the coalition will feel very uncomfortable. They clearly have a big problem on their hands. You are a force to be reckoned with. You just need to believe it.