Recruiters demand work-ready graduates – but isn’t that THEIR job?

REPORT SHOWS BOSSES WANT EXPERIENCED CANDIDATES – FUNDED BY EVERYONE BUT THEM 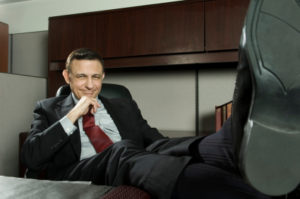 Have 750 employers just proved themselves to be as cheap as many graduates suspect they are?

This week, the Association of Graduate Recruiters (AGR) unveiled its ideas for solving the current problems with the graduate recruitment system.

Frankly, they weren’t brilliant. But hey, they were a start – and Dude is pleased to see this debate at last turning into a constructive discussion.

The AGR’s two most headline-grabbing ideas were:

– abandoning Labour’s target of getting 50% of young people to go to university, and

– calling for a phased increase in top-up fees (I know, I know…)

However, the snippet that caught Dude’s eye was the AGR’s call for “employability skills” to be embedded in degree courses and for students to do more high-quality work experience before and after university.

Let’s get this straight.

Are these massive, global, wealthy companies (the AGR represents 750 big employers) actually suggesting that young people are charged MORE money for your degree – during which you’ll spend LESS time actually being taught?

And this work experience… Tell us, will it be paid or unpaid? And will it be with them, perchance? And have they ever heard the expression “deep pockets, short arms”?

As does Wes Streeting, NUS President, who said blasted the proposals, pointing out:

“The AGR does not seem to appreciate how much its own members benefit from our higher education system.”

It also proposed the introduction of a “higher education achievement report” alongside degree classifications, to measure and record student development. In other words, now that you’re all coming out of uni with 2:1s and Firsts, the recruiters would like some extra paperwork to help them sort the ‘Great’ candidates from the ‘Very good’ ones.

Oh, would they indeed? Because to me (and I’m sure to the universities) it sounds like the employers are pushing MORE work on to the universities – so that they can spend LESS time and money on finding and hiring the best graduates. Funny, that.

These employers seem to be under the impression that it’s the universities’ job to make sure that graduates leave university ready to walk straight into a job that clearly requires experience.

Er, whatever happened to great companies being able to spot candidates’ potential? And training you up, on the job?

The universities have their own responsibility and a crucial role to play in fixing this current mess (hello, better career advice?). Which is why it’s vital that all parties – employers, universities, government and graduates – view this complex problem is a shared problem.

We need to be clear on which bits of this problem belong to whom. Employers’ part of the work and responsibility should not be dumped on to the universities – and vice versa.

Unless I missed an episode somewhere, universities are still defined as academic institutions that are there to educate their students. They are not ‘Get-a-job bootcamps’.

The AGR is a powerful body, but its clout stops well short of being able to single-handedly redefine the purpose of university without checking with anybody else first.

PS. I graduated in 2000 – and we were no more ‘ready’ for the world of work than you lot are. As a newbie, it was assumed you didn’t know much – and during the first three months you learned a lot. If you stepped up to the challenge, you passed your three month probation. If you slacked off or didn’t take to the work, you were out. I always thought that was a fair deal!