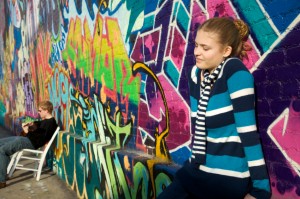 OR ARE POLITICIANS MAKING PROMISES THEY CAN’T KEEP?

The Chancellor, Alistair Darling,  said that an extra £450m would be invested to extend the Future Jobs Fund and support the Young Person’s Guarantee in 2011/12. This is the Government’s pledge to make sure no person under 24 is idle for more than six months. Instead, they will fix you up with a job, training or work experience. This all sounds perfectly lovely – but Graduate Fog has a few questions.

Is Darling saying the Government will help create jobs for young people – and if so, how exactly? We know that private companies are still extremely cautious about hiring – and the public sector faces huge cuts this year so there are unlikely to be many graduate jobs there. As the headlines report strikes over redundancies for experienced staff at both private and public organisations, it seems unlikely that inexperienced university leavers will be greeted with open arms this summer.

Still, if the Chancellor can’t create jobs for the Class of 2010 (and don’t forget the Class of 2009, who will be emerging from their postgraduate courses), he has options. He can always encourage you into further education. Not only will this get you off the dole queue (which looks kind of bad on paper), it will also beef up your CV. Well, it might do – as long as you’re given proper advice about making this decision – which you won’t be. (Clue: What are you going to do with this qualification – and are you sure recruiters value the qualification as much as you think they do?). Graduate Fog fears that nobody (other than us) will warn you that if you get panicked into picking a duff course you’ll simply be thousands of pounds poorer – and no closer to a good job.

For anybody who can’t find a job or decides that further study is not the right choice, there’s always – you guessed it – work experience. Which may be paid or unpaid. Why are Graduate Fog’s nostrils picking up the stench of the dismal ‘Graduate Talent Pool’ website again? When will the Government twig that when you’re 22 and have invested 15k+ in a qualification you understood would give you a head start when applying to good jobs, the idea of doing short term placements (whether paid or unpaid) is unlikely to fill you with joy?

All signs point to the Government still being far from understanding this issue from the graduates’ point of view. So if the Chancellor’s promises are empty ones, what would have made Graduate Fog happy? Simple – more proper jobs for graduates.

Cast your mind back to January (brrrr!). Graduate Fog (then called DudeWheresMyBlog) reported on a survey by the Centre for Enterprise that showed that almost half of the 502 employers quizzed would consider hiring graduates if the Government offered them a subsidy to do so. In February, top economist David Blanchflower echoed this idea, suggesting tax breaks for bosses tempted to take on university leavers.

Good lord – could a plan be emerging at last?