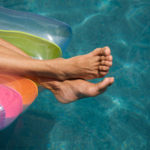 Graduate Fog wants to know what planet university careers advisers are living on – because certainly isn’t anywhere near Earth.

My jaw hit the floor when I read recent comments by Gordon Chesterman, Director of the Careers Service at Cambridge University in the latest issue of CAM – their imaginatively titled alumni magazine.

Of the students who don’t use his careers service, Chesterman declares:

“Their lack of interest could be for a very good reason: that their post-Cambridge future is secure.

However, there will be those who fear they are unemployable, are simply lazy, or who plan on using the recession as an excuse to tap the parental bank.”

Two things prove to me that Chesterman is dangerously disconnected from the people he is paid to help:

1) That he thinks that his statement is true – and

2) That he seems not to realise how offensive it is to students and graduates everywhere.

If he had taken the time to actually listen to the students and graduates, he would know that nobody wants to be unemployed, receiving rejection letter after rejection letter for jobs. Being out of work is a miserable and lonely business.

Nobody wants to be living at home as they approach their mid 20s, having to ask their parents if they can borrow a tenner to go to the pub with their mates. Implying that students are actually planning to capitalise on the lack of graduate jobs to bleed their parents dry this summer is downright disgusting.

You’ve completed your studies and now you want to get on with your life, start earning your own money and move into a flat with your friends.

If people aren’t using Chesterman’s careers service, is it possible that it’s because (gasp!)… it isn’t very good?

I remain utterly baffled by the bizarre attitudes of university careers advisers. Particularly shocking is the way they continue to blame the students and graduates for not using their services – rather than asking themselves whether perhaps they should be doing something differently.

A shopkeeper doesn’t blame the people who walk straight past his store without coming in. Instead, he thinks “What can I do differently, to increase my number of customers?” Perhaps he will then alter his window display – or put a board outside clarifying his latest deals. Perhaps he’ll do a survey to find out how he can better serve shoppers’ needs. The point is that he will assume that it is his responsibility to persuade passers-by to step inside. He won’t just sit there moaning that nobody is coming in and calling his non-customers names.

I’m aware my views aren’t welcomed by most careers advisers but I think it’s vital to keep challenging these people. Nothing is going to change until they admit that their current methods aren’t working – and it’s not your fault.

Besides, calling students and graduates ‘lazy’ is a bit rich coming from a group of so-called professionals who have completely failed to update their approach to their subject matter in the last 10 years. (Folks, it takes more than a few computers and a Facebook page to make you ‘modern’).  The world of work is changing around at a frightening speed, yet somehow university careers advice has stood still.

I’ve said it before and I’ll say it again – university careers advisers have a vital role to play in tackling the graduate unemployment problem. But first, they need to make an honest assessment of what’s working and what isn’t – and completely re-think what they can do to help the students and graduates the most.

And lastly, if there are even a few students at Cambridge University – undoubtedly one of the world’s finest academic institutions – who, in Chesterman’s words, “fear they are unemployable”, how long do you think it will be before it occurs to the Director of the Careers Service that perhaps he isn’t doing a very good job?