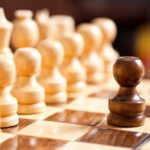 BUT COULD TOUGH-GUY TACTICS BE A BAD MOVE FOR GRADUATES?

Created by the Trade Union Congress (the TUC – which battles for workers’ rights), the site declares that the issue is black and white. If you’re doing work that’s of value to your employer, you are ‘likely to have a right to the minimum wage’ and holiday pay — end of story.

On the face of it, this news is all good for graduates doing – or considering – unpaid internships as a ‘way in’ to your chosen career.

However, I fear the TUC has over-simplified a complex problem. It seems they have failed to understand the subtle politics of the delicate relationship between interns and employers.

I also fear that graduates who follow their advice to insist on payment could find that the tactic backfires.

As regular readers of this blog will know, I agree that the matter of unpaid work experience needs to be resolved, sharpish. Too many graduates are working for free for long periods, with no guarantee of paid work at the end of it.

And too many of you are being excluded from these ‘opportunities’ because you cannot afford to work for free, don’t live in London or don’t have the ‘connections’ graduates often need in order to even know about these placements in the first place.

However, I believe the solution to this problem must be collaborative. We must get employers on-board if anything is to really change. We must argue our case and convince them that the current ways are not in their best interests – or yours.

Of course, making interns (and employers) aware of your legal rights is an important first step. But I fear that publishing a list of interns’ rights and suggesting you go off and demand them is unlikely to improve your career prospects. I’m concerned you are more likely to end up shooting yourself in the foot.

The relationship between intern and employer is extremely delicate — and I can already see several problems with the heavy-handed approach the TUC suggests that interns take.

1) Many employers insist that they are doing you the favour in having you in their workplace — not the other way around. They say that usually you get more out of being there (for your CV), than they do.

To them, they say your work is simply not worth the minimum wage, especially when it’s off-set against the time they have to take to supervise you during your placement. This is particularly true if the placement is a short one. By the time you’ve figured out how to use the photocopier, it’s time for you to go — and for your replacement to arrive. If you start demanding payment for these short placements, might they just stop offering them altogether?

2) The TUC should also realise that the whole point of a graduate internship is to make a good impression, show a ‘can-do’ attitude and a burning passion to succeed in this industry at any cost. Have the TUC bosses ever tried doing all that whilst asking for the minimum wage and holiday pay? I suspect it’s a tricky one to pull off.

Right or wrong, when you start an internship, the current assumption is that the employer has something you want (a job) — not the other way around.

I also fear that the TUC has not grasped that unpaid internships happen the most in really tough industries (politics, media etc) where bosses are intimidating, competition is stiff and ‘whingeing’ about your ‘rights’ is a really bad look — especially before you’ve even started your placement.

3) Which brings me to my concerns about the practicalities of enforcing interns’ rights. Making you aware of your rights is the easy bit. Who is going to enforce them? I’ve seen no suggestion that a new ‘Department for the Enforcement of Interns’ Rights’ has been set up. So I suspect it will be up to you — the interns — to do this for yourself. But how easy is that going to be in practice?

Many interns will feel intimidated by the idea of asking for pay for their placement — particularly in tough industries where you know internships are competitive. And, even if you do pluck up the courage, how likely is it that this conversation will be the start of a fruitful long-term relationship between you and this employer? Even if you get your way, I fear you won’t really win. Right or wrong, you’ll always be ‘that intern who made a fuss about money’ – a serious black mark against your name should a paid vacancy arise later. Again, I’m not say it’s right, I’m just saying I think it will happen.

4) Finally, what should interns do if their employer says No to their request for payment? The TUC’s site keeps mentioning the ‘landmark’ case of Nicola Vetta, an intern who took a TV production company London Dreams Motion Pictures to court.

Nicola not only won the expenses the company had promised (and failed) to pay her — she also won the minimum wage for the time she was there, something her employer had never said they would pay.

Clearly, this is interesting stuff. But is the TUC suggesting that every graduate denied payment for a placement threatens their employer with legal action — and carries it through to tribunal, if necessary?

This seems impractical — but it also seems unlikely to do a graduate’s career any favours. We do not hear what happened to Nicola, but I’d be surprised if she stepped straight from her court case into a long career in TV production.

Of course, I’m not saying interns should work for free. I’m just saying that equipping you with a list of your ‘rights’ and encouraging you to demand them is not a realistic solution to this complicated problem.

One argument is that in limiting their interns to those who can afford to work for free, the employer is effectively de-selecting hundreds of (less well-off) candidates who could be a far better bet as long-term employees. (A little bird tells me that rich kids often have a teensy bit of an attitude problem).

This argument could be combined with the fact that we know that companies worry about their ethical reputation. I hear it’s becoming increasingly ‘bad PR’ to be known as an organisation that doesn’t pay its interns — especially for big companies who use unpaid interns on a long-term basis. Taking advantage of young people’s desperation for work and blatantly discriminating against candidates from poorer backgrounds are pretty tricky issues for employers to ‘spin’.

I think the ‘shame factor’ is a potentially lethal weapon here — and so far it’s been seriously under-used. Is it so difficult to imagine a world where admitting to using unpaid interns is nearly as embarrassing as admitting your shirt was made in a Bangladeshi sweatshop? Actually, I don’t think it is.