Is your feedback on degrees giving PM a headache? 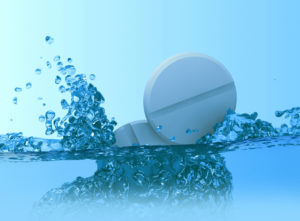 Graduates have never been more disillusioned. Degrees have never cost more – but you say they’ve never been worth less. The graduate job market is still feeling the squeeze of recession – and unpaid internships have become the norm.

Yet still the Government keeps creating extra places at university, so that no school-leaver should be left ‘disappointed’ without a place (Oh, the irony).

And now there’s talk of upping fees at some university to as much as £7,000 per year.

Clearly something is very wrong with this system. To any politicians reading this, put down your pipe and Telegraph and take a look at this evidence:

Graduates, 2010: Broke, disappointed and disillusioned about the value of their degree, frustrated by the job market and angry about the corrosive unpaid internships culture.

Freshers, 2010: Bright, hopeful and sure that the degree they are about to start will guarantee a well-paid ‘graduate level’ job and a future of success, riches and happiness.

It is crystal clear to me that graduates’ views and experiences MUST start influencing policy on the number of school-leavers we channel into university – and the amount we charge them to be there.

I don’t have all the answers, but I do know that before we even think about raising fees for the future, we must make sure that degrees are worth the money that students are paying now.

From what you lot tell me, there is a huge question mark over that – and it needs URGENT investigation.

So far, however, I’ve been amazed to see no sign that your (vital) views are being fed back into the debate on tuition fees. You lot are in the unique position to give the politicians some honest answers about whether the current system is actually working – and whether even bigger fees are a good or bad idea.

Which is why on Friday I was much cheered to spot a tiny ray of sunshine that we just might be starting to get some communication going along these lines.

If you haven’t been following the latest on the tuition fees debate (Over it, now you’ve paid yours? Who could blame you) here’s an update.

A new review of the situation is due later this year – and it’s expected to recommend that the current cap on fees should be raised to an eye-popping £7,000 per year.

However, on Friday the news broke that the PM faces a rebellion among his Labour cronies.

It seems that many of them (perhaps those with their own teenage children?) are alarmed by the ballooning fees plan. They sense that now is not the right time to be asking our brightest young students (and their cash-strapped families) for yet MORE cash towards their education.

Even more encouragingly, there was a hint from NUS President Wes Streeting that school-leavers (and their parents) considering university are becoming at least a teensy bit better informed about the idea that a degree has a fixed ‘value’ – which should be in line with its cost.

In a reference to rumoured slipping standards within universities (something you lot have been shouting about for while), Wes said:

“Students and their families are simply not prepared to pay more for less.”

It may not seem like much, but it’s something. Why? Because that statement shows that students and their families are at least aware that those coming out of university (you) have serious questions about what they actually paid for. They also seem to have twigged that paying tuition fees makes them customers, with the consumer rights that go with that.

I think this feedback from graduates and school-leavers is vital. The views of those leaving university MUST inform the policy on those entering university.

If you’ve studied for a degree and been disappointed by how little is has ‘bought’ you, it is vital that this information trickles down to those considering going into university, if we are to spare yet another year of hopeful students the disappointment that you now experience.

Dare we dream that our numpty politicians are in danger of finally twigging that all is not well with the whole university / graduates / jobs thing?

Are they beginning to realise that unemployed graduates’ views do actually matter – a LOT? If every graduate tells their younger siblings and friends that (as it stands) you question whether uni was worth it, that’s enough to give the politicians a serious headache…