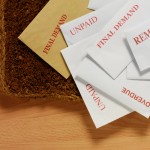 AND GRADS FACE ‘DOUBLE WHAMMY’ AS UNEMPLOYMENT RISES TOO

Money men warned today that more than 3.5 million students and graduates should brace yourselves for a big jump in student loan rates this year, after a surprise surge in inflation last month.

One measure of inflation – RPI – bounced to an 18-month high of 4.4%. This time last year, it was -0.4% which meant you were effectively handed an interest-free year.

This means that student loan interest rates look set to rise by 1.5 to 1.75%.

Fortunately, you’ll have a bit of time to prepare – interest rates will stay as they are until September 2010.

And personal finance guru Martin Lewis of MoneySavingExpert.com warned students and graduates not to panic.

“Until September, student loans are at least interest free,” he said. “The last thing you should do if you have spare cash is to pay off the debt any more quickly than you planned to. While 4.4 per cent is not cheap, student loans are still the least expensive long-term debt you’ll ever get.”

Although hoped to be temporary, this rise will hit a huge number of students and graduates. Since 1998, 3.3 million have taken out student loans. A further 400,000 are still paying off loans from before 1998.

New stats from the Office of National Statistics reveal that overall unemployment has to 2.5 million in the three months up to February 2010 – the highest it’s been for in 15 years.

Of particular concern to the number-crunchers are the huge group they call ‘economically inactive’ – which includes anybody studying. After an enormous rise of 110,000 between December and February, this group now stands at a record high of 8.16 million.

Expert Colin Ellis, European economist at Daiwa Capital Markets Europe, said this trend suggests trouble is in store for this those emerging from their studies this summer.

“The vast majority of that number [the ‘economically inactive’] are now students — consistent with people trying to gain qualifications while the labour market remains weak, ahead of any potential upswing in the economy,” he said.

“But with private sector job creation still a long way off, the risk is that, while these students do not currently boost measured unemployment, trouble is just being stored up for further down the line.”

In other words, if you – like hundreds of thousands of others – made the seemingly smart decision to duck out of the woeful job market by heading back into education last year, you may not find that the situation is any better this summer than it was back then.

It could even be worse.

Graduate Fog is furious that this dire situation has been allowed to happen.

I’m not an economist (seriously, don’t ask me to do my times tables) but I always said the Government’s strategy of encouraging graduates back into further study was short-sighted and risky. It hinged on the assumption that the recession would be short. If it turns out not to be, there is no Plan B.

The solution to this problem surely involves encouraging employers to create jobs for graduates. Instead, the Government took a horrendously short-term approach. They concentrated on finding all sorts of clever ways to channel you away from the dole office.

Except that it turns out these weren’t quite so clever, after all.

Graduate Fog would like to know one thing. Having spectacularly let down this generation of our brightest young people – financially, practically and emotionally – what is the next Government planning to do about it?

All three parties have so far been remarkably quiet on this subject – but Graduate Fog wants answers.

Frankly, with the situation as it is now, I don’t know how these people sleep at night.

* WANT TO JOIN THE FIGHT FOR A BETTER DEAL FOR GRADUATES?
Then please tell all your friends about Graduate Fog! Since this site launched just three weeks ago, we’ve had over 1,000 visitors. My net-nerd friends tell me that’s pretty darn impressive. I also know we are being watched by MPs (What’s that noise? Is that their knees knocking?) and big businesses. So any comments you write will be seen by the people with the power to sort this out to give you a better future. Join us on a Facebook, Twitter or sign up to the weekly newsletters and I’ll keep banging the drum all summer, louder and louder to get you heard… Thank you x