Applying for a job at Prospects? Don’t expect a response 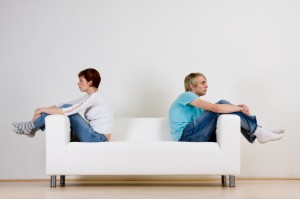 We all know it happens.

You spend hours slaving over their detailed application form – and never hear a peep back from the recruiter. Not a rejection letter – nothing.

Graduate Fog has been dismayed to watch this ill-mannered policy become the norm among recruiters, who claim they don’t have time or resources to respond to every applicant.

I was not aware, however, that the poisonous practice had now spread to companies that are supposed to work in the best interests of young job-seekers.

During a recent (caffeine-fuelled) expedition into the snoozesome Drosspects.ac.uk – sorry – Prospects.ac.uk, I stumbled across an announcement to anybody wishing to work at their company.

“Due to the number of applications we receive, we are unable to reply to all applications submitted,” it reads.

“If you do not hear anything from us in four weeks, please assume your application has been unsuccessful at this time.”

(Don’t believe me? See it with your own eyes here.)

Still, there is some good news for anybody sitting in silence, listening to the sound of absolutely no response from “the UK’s official graduate careers website”. At least they don’t discriminate.

“At Graduate Prospects, we are committed to providing equal opportunities to all employees and applicants. Our recruitment and selection process is just the beginning of our commitment towards diversity.”

In other words, Prospects is equally rude to all applicants, regardless of their gender, age, ethnicity or sexual orientation.

Call me old-fashioned but I think this policy on responding only to successful applications is unforgivably arrogant.

I think to disregard and dismiss another person’s time and effort like this is heartless. Not even get back to them with a ‘Thanks but no thanks’ – is disgusting.

To my mind, companies that think this is an acceptable practice are declaring outright that they do not understand (or perhaps do not care about) what it feels like to be seeking work.

Anybody – of any age – who has been out of work for more than a couple of weeks knows that job-hunting is not fun. Your confidence evaporates scarily fast – and some days (okay, many days) it’s really difficult to find the will to keep going. Many graduates say they feel isolated and some say they feel dangerously depressed.

I accept that the relationship between recruiters and applicants will always be strained, to some extent. After all, they have the job (and therefore the power) so the balance is always going to be a bit off.

That said, I think it wouldn’t take much effort for this relationship to be dramatically improved – and for job-hunting to become a significantly less miserable experience.

For starters, recruiters should stop treat applicants like an irritating pest.

The should start treating them with more care, respect and courtesy – as individuals.

To me, responding to every applicant (whether successful or not) within four weeks of the deadline seems entirely reasonable. This would enable you (the jobseeker) to cross that role off your list, forget about it and put your heart into your next set of applications.

Adopting this basic courtesy would serve another purpose too. It would show that the recruiter realises that behind the name on your CV is a real-life human being whose effort deserves to be acknowledged.

I’ve heard some recruiters claim that their policy of blanking all but successful candidates stems from the fact that so many candidates’ applications are rushed, careless and not up to scratch. Disposing of the shoddiest applications is, according to recruiters, an enormous waste of their time and resources – which makes them feel less inclined to respond to the rest of you.

I think this utter tosh.

No doubt, some applicants fire off half-baked efforts – but surely the really poor applications are in the minority, no? And isn’t it the recruiters’ job to sort through applications, some of which will be good and some will be bad? And isn’t this a job that they’re being paid to do?

Recruiters also claim that responding to all applicants would be too time-consuming to be realistic. Er, I’m guessing that the time they would spend sending a polite, standard email to all unsuccessful applicants would still be far less than the time it’s taken the average candidate to wade through their application form. So again, they’ll get no sympathy from me on that one.

As I said, I know Drosspects isn’t the only offender here.

But I do think “the UK’s official graduate careers website” should be leading by example, not following the herd.

*Have I got it wrong?
Do you prefer being blanked to hearing an outright ‘No’? Post your comments below.