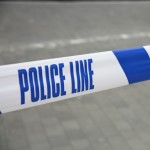 It’s not often that Graduate Fog is lost for words.

But that’s what happened when I saw this story in Friday’s Evening Standard (and again when I spotted today’s Telegraph).

As part of an overhaul of police recruitment – to save millions a year in training costs – Scotland Yard is considering making new recruits in London work as volunteer special constables for at least a year before they can apply to become full-time paid Met officers.

My mind immediately began to burst with reasons why this was NOT an okay idea (as I suspect yours is now?).

“If you want to become a police officer, this shows your commitment.”

Nor did the comments from Peter Smyth, chairman of the Metropolitan Police Federation. In what Graduate Fog considers a spectacular understatement, Smyth conceded:

“If a talented is leaving university with a £20,000 debt then he may not wish to choose to do voluntary work for a year or so before he starts paying off his debt.”

He then went on to admit:

“I can see the benefits though. It makes financial sense and money is tight.”

Oh, it ‘makes financial sense,’ does it?

Not to your young recruits, it doesn’t.

When people do a job, you PAY them.

You are not doing them a favour just because they are young.

And exploitation is not okay just because your organisation isn’t a profit-making one.

Furthermore, there is a huge difference between:

– Volunteering because you want to do something extra for your community, outside of your regular job (as ‘special constables’ do)

– ‘Volunteering’ because you have to if you’re ever going to get a proper, paid job doing the same line of work.

The fact that this suggestion has even made it this far (it’s going to the Metropolitan Police Authority this week, 17th May) is causing Graduate Fog serious concern.

That the public sector has seen the way that the private sector (journalism, politics, advertising) takes advantage of the young (and desperate) labour market and…

Instead of being disgusted by this exploitative practice, they are starting to think that getting a slice of this ‘unpaid interns’ action could be the perfect way to cut their own costs in the looming ‘age of austerity’ as the public sector is forced to reduce its spending in order to reduce our nation’s financial deficit.

What they have all conveniently forgotten is that unpaid internships aren’t just unethical – they’re also ILLEGAL.

You’d have thought the police would know that.

My friends at Intern Aware say that the law is absolutely clear on this matter. The TUC says the same.

What I suspect has happened is that they have assumed that the fact that they already have an unpaid cohort of officers (‘special constables’) means that it would be okay to force all new recruits to do unpaid work before considering them for paid work.

Except that forcing people to work unpaid isn’t really the same as them ‘volunteering’, is it?

People – this is just not an option.

You’ll have to find another way to cut costs.

Frankly, I am still scratching my head wondering how – and when – this became unclear or ambiguous in any way.

Everybody else gets PAID to WORK.

How has it become acceptable to deny the young this basic  right – simply by making out that employers are doing them a huge favour to ‘get their career started’?

*Have your say
Don’t leave me ranting like a lone loon – you guys agree with me, yes?