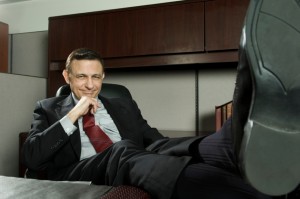 Graduates working unpaid in media shouldn’t hope for an end to unpaid internships any time soon – a senior newspaper journalist has announced that they are now “a fact of life”.

In an article in this weekend’s Sunday Times Magazine, the (unnamed) deputy editor of a national broadsheet said – of the practice of using unpaid interns:

“It has become a fact of life. Interns are being used to fill the paper [with content].”

Why do editors take advantage of young wannabe journos? Because they can, he explained:

“If you’re struggling to have enough money to fill the pages, to have a stream of bright young people who are willing to work for free because they want to learn something… it has become the quid pro quo.

“But every year, a couple of those people manage to inveigle themselves on to the staff.”

Wow – you mean “a couple” actually get jobs after slogging their guts out, unpaid, for months?

What about the other thousands who work for nothing for months, producing work that has value to their editors – but is not deemed valuable enough to pay them for?

Graduate Fog is disgusted by this editor’s attitude.

It reflects the arrogance of an industry that feels its popularity gives it the right to exploit young talent.

Everybody knows that media is a popular career choice.

And we know that it’s a struggling industry right now, with fewer jobs than ever – thanks to the double whammy of the recession and the impact of digital technology and free news.

And we know that the number of journalism – and media studies – graduates is at an all-time high.

But Graduate Fog thinks there is no excuse for exploiting young people.

If there is a job that needs doing, then hire someone to do it – and PAY THEM.

A business that relies on exploiting young, unpaid labour is no business at all.

Editors and newspaper execs: you MUST find another way to make your broken business model work.

Simply deciding not to pay your young staff is not an acceptable option.