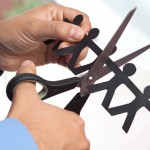 A new survey reveals that 58% of students and graduates want employers to stop using a 2:1 as a minimum requirement for graduate jobs.

The Milkround.com poll – of more than 600 students and graduates – found that jobseekers feel the absence of a standard system for classifying degrees is unfairly leaving strong candidates unable to apply to certain jobs where a 2:1 is the minimum requirement.

Fast becoming known as the go-to expert (or ‘rent-a-gob’) on all things graduate, Graduate Fog was thrilled to be invited into the Guardian’s fancy new recording suite on Friday to give my take on this story for their latest Careers Talk Podcast (My segment starts 10 mins into the recording).

What do I make of it – do I agree that employers should scrap the 2:1 cut-off?

Here are my thoughts:

1) I don’t think there’s any ‘should’ about it. The requirements for a vacancy (at any level) are for the recruiters to decide – not the candidates. It’s their money – and it’s them who has to work with the person they hire. That said…

2) I think the 58% of students and graduates in question know this. Contrary to how this story has been reported elsewhere, I don’t think the respondents were demanding anything as radical as a new law saying those with a 2:2 or below were being discriminated against!

Instead, I think they were pointing out that – for various reasons – drawing this ‘line in the sand’ occasionally / sometimes / often excludes those who may in fact be stronger at the skills needed to do the job.

3) I agree with graduates that under the current system there will be times when the ‘wrong’ candidate is given the job – while the ‘right’ candidate is disqualified from even applying. Not all these ‘2:1 or above’ jobs actually require amazing academic qualifications. Often other skills are more important and this is not reflected in the recruitment criteria.

But employers aren’t stupid. They have three main reasons for using the 2:1 minimum requirement:

– De-selecting those with a 2:2 or below is a quick and easy way to reduce the volume of applications they will receive and

– There is often a ‘snob-factor’ at work – many companies like to be able to tell their clients ‘We only recruit people with a 2:1 or above.’ It just sounds good.

Since this story broke, accusations have been flying that graduates are asking recruiters to ‘dumb down’ their hiring criteria – which raises all sorts of questions like ‘What on earth do students think university is for, if it’s not to give employers an indication of who are the brightest and best candidates?’ etc…

I actually think there is a more interesting question here, which is:

Do recruiters have any good reasons to change this minimum requirement?

Doubtless, many would say ‘No, it’s a buyer’s market – why should employers lower their standards for candidates who didn’t bother to work hard at uni?’

But I disagree. Because, despite the volume of applications recruiters receive, I’m still hearing them complain that very few candidates possess the ‘soft skills’ they look for in really excellent candidates.

It’s just a theory but if employers broadened their academic requirements for graduate jobs, might they start to see a better mix of applicants, with a more rounded set of skills?

There are all sorts of reasons why someone might graduate with a 2:2. It’s unfair to assume they were simply in the pub for the duration of their degree.

It could be that they didn’t enjoy or engage with their degree subject as much as they expected to – but given work that really engages them, perhaps they’re capable of being outstanding?

Or perhaps they took on several paid jobs to pay their tuition fees and living costs – and found themselves over-stretched and with little time to study?

What I mean is, are ‘2:2 people’ actually better at some things than ‘2:1 people’? Are they more entrepreneurial? More passionate? More social? Do they make better salespeople? Are they more likely to make great leaders?

(The latter is what big companies are all about these days – they’re obsessed with ‘leadership potential’).

Hmm. I don’t have the answers – I’m just saying these are interesting questions, no?

*Hear Tanya discussing this story for a Guardian Podcast – including tips on what to do if you got a 2:2 – or think you’re about to! (Her bit starts 10 mins in)