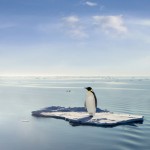 Prospects has failed to find a single supporter of its decision to remove my link to Graduate Fog from its forum.

What’s more, the comments which followed the Thursday’s post ‘Prospects scolds Graduate Fog – for helping a student!’ reveal that among graduates and the careers community, we have:

– General agreement that while commercial organisations may run their forums as they wish, any website claiming to be working in the best interests of its users should not delete links to resources they would find helpful.

– Serious questions about the legitimacy of Prospects’ claim to be ‘The UK’s official graduate careers website’.

– Widespread concern that the use of Prospects’ ‘ac.uk’ domain name is no longer appropriate, if the organisation agrees that it is a commercial business.

– Confirmation from students and graduates that they perceive Prospects to be in some way the ‘official’ place to go for careers advice and assume it is charitable, university- or government-funded and run primarily as a service to them.

– A collective request for Prospects to clarify its business model to the careers community – and to its users.

Apart from one Tweet inviting me to have a ‘chat’ with their CEO (Er, can’t he type?) and another including a link to their forum rules, Prospects has been strangely quiet.

Three days later, Graduate Fog remains as confused as ever. If Prospects has nothing to hide, why not enter into the debate themselves and clarify their position?

*MISSED OUT ON THE FUN?
Here’s what was said in the last few days…

“If they can’t provide the knowledge and support for a student who so clearly needs it, they shouldn’t be snubbing those that do. Your link was clearly relevant, and if they’d taken the time to actually click it they’d have discovered that. Your advice was clear, straight talking and helpful. It’s a shame Prospects can’t offer the same service to all the students that end up on the site…” Emma (recent graduate)

“Prospects should be reported to the competition commission! They seem to have a near monopoly on Career Services and graduate information through their ‘official’ status but like all monopolies they completely lack any dynamism. Completely agree with Graduate Fog they are dated and technologically speaking so far behind the curve it’s a joke. So many younger funkier companies doing a better job, if only they had as much exposure. In a fair fight Prospects would be shot down by the competition.” Jim

“Sadly, the vast majority of students take them at face value, assume that they are legitimately governmental/academic rather than a commercial entity and assume that because they are so highly publicised and promoted that they must be good. They end up neglecting the vast majority of other good (and, I daresay, better) careers/job resources which impoverishes them. This is compounded by University Careers Services being very unwilling, for the most part, to link to anyone other than Prospects or government-backed local internship/employment bureaus. This not only makes Prospects look even more like it’s legitimately governmental (or similar), but it also means that competition in the graduate recruitment market is throttled by an effective monopoly resulting from the stitch-up between Prospects, HECSU and AGCAS.” Charles

“There is a world of difference between the kind of unsolicited commercial post we’d all be better off and a link that is absolutely relevant to the topic at hand. By removing it the Prospect moderators are making their own page less useful to their users than it was before. The idea that you can ring-fence content and pretend that the rest of the world doesn’t exist belongs with the ark. As webmaster of two large (commercial) forums, I’m absolutely fine with people posting links to their own websites, as long as it’s relevant to the discussion at hand. It makes my site a better, more useful place, one people are more likely to return to.” Johnny Trousers

“If prospects is the only site we are referred to, and prospects refuses to allow information to be SHARED which could be of great benefit to students and graduates then I am afraid we have a huge problem. Alternatives to prospects are DESPERATELY needed and it is vital that more relevant, up-to-date and frankly, useful, sources of information such as your website are disseminated and promoted among students/graduates. If prospects is an “official” site which exists to aid graduates and students in any and every way possible in their careers then it should absolutely be encouraging them to look at the widest possible range of information and resources in order to make informed, realistic and most importantly up-to-date decisions! The system as it is now, with prospects constituting a significant part of it, does not work and needs to be rethought and reformed. You should be applauded, Tanya, for getting the ball rolling and taking us in the right direction.” Christopher (recent graduate)

“@Tanya – Despite myself, there is something about the arrogant, slightly patronising tone of your last response that I do agree with. Careers Services need to innovate and change quickly to meet the rapidly changing economic circumstances and employment market. They also need to market the whole of their services to students and recruiters better.” Matt (university careers adviser)

“Do I some day hope to make some money from all my hard work and the fact that — I think! — I do a really good job of something that’s really important to the future of this country and that nobody else (who IS paid!) is doing a good job of? Yes, that’s the general idea! I can’t say I’ll never carry advertising (I have to pay my rent to keep this site going!) — but I can honestly say that I will never put my commercial interests above the students’ and graduates’ wellbeing.” Tanya, founder of Graduate Fog