Prospects is a ‘force for good’, its boss insists 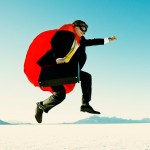 BUT CEO ADMITS ‘MYRIAD SUBTLETIES ABOUT OUR ROLE, WHO WE PARTNER WITH AND AT WHAT LEVEL’ – AND FAILS TO EXPLAIN WHY MY LINK  WAS DELETED FROM THEIR FORUM

The wait is over.

Prospects has at last made a statement to clarify its claim to be ‘The UK’s official graduate careers website.’

1) Prospects didn’t make this statement to us, and

But more of that in a minute.

First, I want to remind ALL Graduate Fog’s users (especially students and graduates, who I built this site FOR) that this issue concerns us ALL – not just the careers professionals and other interested parties who have been so vocal about it here in the last few days.

The only reason I’m being such a terrier about this Prospects thing is because ultimately the people who have the most to lose from us failing to address this are you, the students and graduates.

(You also have the most to gain, if we can fix it).

Because I want to change the way we provide graduate careers advice in this country – because, in my opinion, what we have now just isn’t working.

And it is my belief that we cannot create enough change on a big enough scale without first tackling everything that’s wrong with the current system.

THAT’S why I’m giving Prospects such a hard time.

But never fear – while I’m working on this I will continue to provide graduates with help to clarify your next steps and find a job this summer.

Right. Now, back to this statement from Prospects.

Who persuaded them to break their silence?

People, I give you recent graduate – and uber-committed Fogger – ‘Christopher’.

(Perhaps you’ve spotted his name among the comments from the last few days?)

Sharing Graduate Fog’s frustration about Prospects’ failure to respond to the recent debate, Chris took the matter into his own hands and emailed them himself.

After receiving no response from emailing them via Facebook, Chris re-sent the following email to enquiries@prospects.ac.uk:

I would like to draw your attention to the debate taking place regarding Prospects on Tanya de Grunwald’s Graduate Fog website and to request that Prospects kindly provide a public response to the queries presented which are as follows:

– a clarification of Prospects’ business model, specifically whether Prospects is a charity, government-funded entity or a commercial business?

-taking into consideration the justifications provided for the link to Graduate Fog having been provided by Tanya along with her comment on the Prospects forum, an explanation of why the link was removed.

Having personally worked alongside professional careers advisers in the past and having also recently graduated from two British universities I, along with many other students, graduates and careers professionals would very much appreciate a public statement from Prospects in order to clarify the significant issues which this debate has brought up.

Here it is, in all its (unedited) glory:

Thank you for getting in contact with us concerning the ‘debate’ on graduate fog.

I am writing privately to you because you have asked perfectly reasonable questions. I have offered to speak to Tanya privately about these matters, but she has refused this invitation.

The Higher Education Careers Services Unit (HECSU) is a charity, with two members: Universities UK, and GuildHE, which are umbrella organizations for Vice Chancellors and HE College principals. It does not have shareholders, but does have stakeholders, who pay for membership. The average membership fee is about £1000 per HEI. This figure has been halved twice in the last 20 years.

HECSU owns another charitable organization, the National Council for Work Experience. HECSU is chaired by Professor Keith Burnett, VC at Sheffield, and the board is made up of VC, registrars, careers advisors and graduate recruiters. Each year, HECSU spends between £750k and £1m supporting careers services, helping students and graduates, commissioning research etc.

Graduate Prospects is a wholly owned subsidiary of HECSU. It is the commercial arm of the organization, and when it makes a profit, it gift aids that profit wholly to HECSU. There is no dividend. Although Graduate Prospects seeks to make a profit in a very competitive and cut-throat sector, it is not profit maximizing: the person with a third from a less high profile university who wants a job with a local SME is as important to us as a person with a first from Oxbridge who wants a job with a blue chip.

GP is also charged by UUK and the sector to maintain the official postgraduate course database, and works with AGCAS to maintain upwards of 400 jobs profiles on the site. These are expensive projects.

We are not a government body.

There are myriad subtleties about our role, who we partner with and at what level, how we strive to make ends meet in the midst of an economic downturn and during the most testing decade in media in recent history, how we try to be a force for good (our main competitors are owned by News International, and a venture capital company) on behalf of students, graduates, overstretched and under-resourced careers advisors and so on.

There are also many subtle constraints to how we operate, which cannot be fully explained in the Twitter-age, and require a careful and full dialogue, but I hope I have allayed some of your concerns.

All the very best

Clearly I have my own thoughts on this statement (!) but it’s lonely up here so I’d love to hear from you first.

So: Questions? Comments? Don’t be shy…