Breakthrough for unpaid interns? MPs promise to pay theirs (sort of) 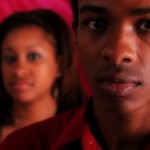 NEW FUND ANNOUNCED TO PAY PARLIAMENTARY INTERNS THE MINIMUM WAGE – BUT IS THE NEWS AS GOOD AS IT SEEMS?

Graduate Fog’s good friends at Intern Aware have passed on some encouraging news that could impact ALL interns, not just those working in politics.

Potentially, this is enormously significant news. However, there has already been concern that the pledge’s unclear wording could be a deliberate attempt to stop short of insisting that ALL parliamentary interns should be paid.

In a letter to all MPs, the IPSA wrote:

‘…for those MPs wishing to engage a new intern now, there are two options. The first is to pay them incidental expenses only. For the time being if an MP chooses this route he or she will have to fund those expenses themselves, as the rules do not allow for reimbursement. This is why we are consulting. The second option is to provide the intern with a contract of employment. IPSA would fund this, but MPs should be aware that they will need to pay such interns at the minimum wage at least.’

Dom Potter at Internocracy was careful about reacting to this announcement, asking:

“Is this the first step to genuine reform of a defunct system of unpaid parliamentary internships or is this another in an increasingly long line of fudges?”

But Gus Baker, co-founder of Intern Aware, appeared to see the cup as half-full, rather than half-empty, congratulating the IPSA on this announcement:

“This is extremely welcome news. Intern Aware has been lobbying for pay for interns in parliament with the UNITE Parliamentary Branch for almost a year as interns in parliament are currently unregistered, unrecognised and often unpaid. Providing the opportunity for contracts of employment with guarantees to pay the national minimum wage will come close to solving the problem.”

However, like Dom, Gus clearly had concerns that the announcement hadn’t gone quite far enough – or been clear enough. So Intern Aware has written a letter to the IPSA congratulating them on this news – but also seeking further clarification on exactly what it means:

“We are writing to you to ask you for more details regarding this development and to emphasise that we believe that all interns in parliament should have a right to  contract of employment and pay. In particular we appreciate some clarification of the following questions:

– How big will the internship fund be? Will every MP be able to employ at least one intern to work full time or will there be certain restrictions?

– Will MPs be obliged to pay all interns once the fund is created?

Graduate Fog agrees that these are all important questions – and I look forward to seeing how the IPSA responds to Intern Aware’s letter.

However, I am keeping my fingers crossed that it could be potentially very significant news.

Why? Because while it appears to affect only parliamentary interns, it in fact lays the cornerstones for claiming a fairer deal for interns working unpaid in ALL sectors.

Okay, so some of the details remain sketchy – but this announcement is surely some kind of proof that parliament is waking up to the fact that running their own unpaid internships is unacceptable (and illegal) – and seriously undermines their public commitment to supporting our nation’s young people.

It also paves the way for opening up this debate to include interns from ALL industries. Previously, the internship pressure groups say they have found discussions with MPs difficult. How could they have serious conversation about this issue when everybody knew that the MPs themselves were as guilty of exploiting young people as anybody?

Now that politics’ dirty little secret is being stamped out, Graduate Fog hopes that a recognition of ALL interns’ rights to the minimum wage will follow shortly.