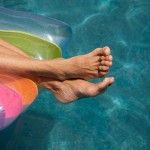 Record numbers of graduates are considering jetting out of the UK this summer to avoid the tough graduate jobs market, new figures suggest.

TEFL (Teaching English as a Foreign Language) course provider i-to-i has reported a 22% rise in enquiries to their website during the three months between March and May 2010.

In the period from December to February 2,822 students got in touch. Between March and May this number rose to 3,443.

As New Year is usually their busiest time of year, i-to-i say this spike is ‘unprecedented’.

This figure seems to support the recent stats from High Fliers which suggested that record numbers of graduates have left their career decisions even later than usual this year.

14% of you said you were still working on a plan.

Graduate Fog suspects you are now scrambling to get something sorted as your time at university comes to a close and you realise you have nothing lined up. Am I right?

Well, the good news is that Gordon Mathie, managing director of i-to-i thinks you’re doing the right thing (and no, not just because his company provides training for those looking to work abroad!)

“There are amazing, paid opportunities all over the world for this year’s graduates, not just to experience another culture but to gain skills that will make employers back home sit up and take notice.

“[The rise in the number of enquiries] shows that the Class of 2010 are broadening their horizons in the face of a highly competitive graduate jobs market.”

I never like to tell you what to do (your future is your responsibility, not mine!) but as ever I encourage you to consider all your options – including the relative costs / payoffs involved. Remember, it’s your time – and your money.

As I’ve said before, I predict the graduate jobs market will be very tough this summer. So if you can find paid work abroad for a year – or even a few months – I would take it. Particularly if the alternative is an expensive MA – which may or may not make you more employable (whatever the course provider’s prospectus says!).

Be smart and put some money aside though – don’t assume you’ll find work straight away when you come back to the UK.

(And if you do bag a job immediately once you’re back, you’ll have a bit of extra cash in your pocket. See? Win-win!)

*Tempted to make a sharp exit and head for the hills?
Or are you planning to hang around and take your chances in the UK? Tell Graduate Fog why, below…