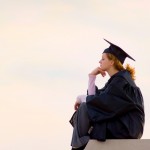 The government has been accused of turning its back on your generation in a time of economic hardship – as it was announced yesterday that THREE employment schemes affecting graduates were among the latest casualties of fresh rounds of government cuts.

The cancelled programmes are:

Extension of Young Person’s Guarantee to 2011/12: £450m
The scheme aimed to provide work or training places, mainly for 18 to 24-year-olds who had been out of work for six months.

Rollout of the Future Jobs Fund: £290m
A fund to support job creation for young people who were long-term unemployed which aimed to create 150,000 jobs.

Two year Jobseeker’s Guarantee: £515m
Aimed at giving jobseekers a guaranteed offer of a job, internship, volunteering placement or work experience after two years of being out of work.

“As a result of poor decisions made by the previous government, I have taken the decision to cancel certain projects that do not represent good value for money and suspend others pending full consideration in the spending review.”

However, Mary Bousted, general secretary of the Association of Teachers and Lecturers said the cuts were disproportionately harsh on young jobseekers.

She also suggested that the cuts would not save money in the long-term and that the government had prioritised cutting the deficit over the futures of an entire generation.

“The government has justified abolishing such key employment projects as the Young Person’s Guarantee and the Future Jobs Fund, by stating that they do not represent its priorities or are not good value for money.

“Is the prospect of life on the dole for young people better value for money in the government’s terms or are they more concerned about how their fiscal policies are going to play out on the stock market?

“With the possibility that Building Schools for the Future will also be axed and the huge cutback in university places, the prospects for young people look very bleak indeed.”

“We are determined to tackle the unprecedented budget deficit and bad financial management we have seen over the past decade, but are equally determined to do this in a way that is fair and responsible.”

Maths was never Graduate Fog’s strongest subject so I can’t comment on whether these schemes were good value for money or not.

But I am concerned at the timing of this decision.

Are the politicians aware that 675,000 students are about to finish their undergraduate and postgraduate courses this summer?

If these schemes are going to be replaced with more cost-effective versions, the politicians have only left themselves with a couple of weeks to implement them...

*Has the government done the right thing?
Or are you worried the axing of these three schemes will affect you directly as you hunt for work this summer?