Has the coalition abandoned graduates? 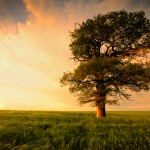 Last week’s budget is causing widespread concern that young job-seekers – including graduates – are being abandoned by the coalition government.

And yes, I’m afraid that awful ‘lost generation’ phrase that you hate so much is back.

“I fear a lost generation… the Tories and Lib Dems are sowing the seeds for future pain.”

Miliband said you lot are being given, “No protection from the scars of long-term unemployment.”

And the coalition’s decision to cut schemes designed to help young job-seekers was a big mistake, he said.

“Have the Tories learned nothing? The longer you are unemployed, the harder it is to become employed. That’s what Labour’s job guarantee, which they have scrapped, was set up to overcome.”

In her response to the budget, she said it was unfair on young people that the Future Jobs Fund had been scrapped before it had even been evaluated, when “Every young person helped into work shows its value.”

And the Observer’s own Opinion pages this weekend echoed Miliband and Harman’s concerns, with a piece entitled “Mr Osborne risks creating a lost generation.”

“In opposition, the Tories made much of Labour’s neglect of so-called Neets, young people not in education, employment or training.

“But in government, they have presented no strategy to include them in the labour market.

“Instead, the coalition’s first budget risks creating a lost generation, like the one that missed its first vital step up the ladder of prosperity in the early Eighties.”

Graduate Fog is not an economist or a politics expert – but I do share some of these concerns about the future.

Because I am still waiting to see any evidence that the coalition government is going to offer you any more support than the previous government did – and that wasn’t much!

Like you, I don’t like this talk of a ‘lost generation’ one bit. Every time the phrase is used, it makes me feel that it’s a foregone conclusion and that nothing can be done to avoid this outcome – when in fact there’s an awful lot that can be done to reduce the impact of this recession on your generation.

Why this defeatest attitude? Why can’t we do more, NOW, to STOP it happening?

I feel it would be a good start for the coalition to at least acknowledge that you lot exist – in huge numbers – thanks to 1) Labour’s plan to encourage 50% of young people into university and 2) the subsequent nose-dive in the graduate jobs market, due to the recession.

Okay, so neither of these things were the Tories’/Lib Dems’ fault. But still, given that they happened I think you deserve to be acknowledged.

At present, it seems that the politicians prefer to deny that you exist. This is surprisingly easy to get away with, as you have a habit of slipping through the cracks in the statistics.

(I’ve blogged about this before but basically if you’re doing an unpaid internship, working part-time because you can’t find full-time work or you’re pulling pints/stacking shelves, you won’t appear on the unemployed stats. But does that mean you’re doing well? Hardly.)

Once the politicians acknowledge that you are there, they can start finding ways to help you.

Then again, if they acknowledge you, they will be under greater pressure to help you – so it probably seems like a better plan to ignore you altogether.

MORE ON THIS STORY TOMORROW…

*What should the government do now to help you?
Do you feel they’re doing enough? How does this talk of a ‘lost generation’ make you feel?