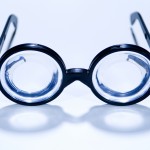 Yesterday was a rough day for the Class of 2010 – as three organisations made statements which combined to paint a bleak picture of new graduates’ job prospects.

We learned that competition for graduate jobs has reached a record high, public sector cuts could help push graduate unemployment up to 25% – and one in 10 of the class of 2009 was still unemployed six months after graduation (the highest in seven years).

Yet weirdly, David Willetts didn’t seem the slightest bit worried by the figures he saw.

Could the Universities Minister be due for an eye test?

Despite grave warnings from all parties Willetts, insisted, “These figures show that employers are continuing to recruit graduates in large numbers, even though these are students who graduated at the height of the recession. Moreover, the long-term prospects for graduates in the labour market remain good.”

Willetts also implied that graduates are in no worse a position than any other job-seeker, saying, “The job market does remain competitive for new graduates in these difficult economic times, as it does for everyone.”

Graduate Fog is puzzled as to how the Universities Minister can draw this conclusion.

Okay, are you ready? Brace yourself – I’m afraid this doesn’t make for fun reading…

First, High Fliers Research announced that the number of applicants for graduate jobs has reached record levels, with demand rising by 15% compared with 2008. The report showed 270 applicants competing for every graduate job in the consumer goods industry this year. More than 100 apply for every media job 75 fight over positions in finance and investment banking.

The only good news turned out, er, not to be. Companies are increasing the number of graduates vacancies available this year – up by almost 18% to 16,288 in 2010 following two years of decline during the recession. But Martin Birchall, MD of High Fliers warned that this rise “simply restores recruitment to roughly where it was in 2006.” Brilliant.

Second, the Higher Education Statistics Agency gave us an update on how last year’s graduates are getting on – and the news isn’t good. One in 10 graduates from the Class of 2009 was still unemployed six months after graduation, the biggest number in seven years. The highest unemployment rates were among those who studied computer science (17%) and communications (14%). Graduates with architecture, engineering and creative arts degrees are also struggling – 13% of them were still not working six months after graduating.

Third, the Higher Education Careers Services Unit said public sector cuts look likely to have a major impact on new grads, as recruitment is frozen and existing graduate jobs are axed. Charlie Ball, deputy research director at HECSU said, “The impact of the proposed cuts could be sufficient to have a profound effect on the labour market for new graduates, and particularly on those outside London.”

As no graduate jobs are considered ‘front line’, in theory all 39,000 jobs currently taken by new graduates are ‘at risk’ and could be axed. If this happens, Ball warned this could push graduate unemployment as high as 25%. (The highest graduate unemployment rate seen in the UK was 13.5% in 1983). He added, “It is quite possible that the next four years could be the toughest for new graduates ever.”

As David Willetts seemed to have failed to grasp the gravity of this situation, it was left to NUS President Aaron Porter to explain it, sensibly describing this summer as “a particularly tough time for graduates looking to get themselves on the career ladder.”

“University leavers will be the engines of economic recovery in the UK and the government must ensure that it invests in the creation of suitable jobs and secures access to employment opportunities to best utilise the vast pool of skills and knowledge emerging from our colleges and universities,” he said.

But there was some good news yesterday – Graduate Fog senses that the UK media is at last showing signs of taking your struggle seriously. I was particularly impressed by this piece by the London Evening Standard’s City Editor Chris Blackhurst, writing as the concerned father and uncle of two new graduates.

I think some more heavyweight voices behind you would really help keep the graduate jobs ‘story’ in the headlines this summer, maintaining pressure on the politicians to give you the recognition you deserve and do more to help you into work. Let’s hope Chris is the first of many journalists to join our movement!

*Do you have faith in David Willetts?
What could he do to restore your confidence that the government cares about job-seeking graduates?