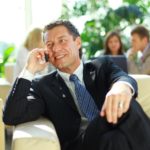 Since last week’s investigation into Tesco’s recruitment of an unpaid intern to work on their magazine, Graduate Fog has discovered four other household brands doing exactly the same thing.

Sainsbury’s, Morrisons, Superdrug and Weight Watchers have all publicly posted advertisements for unpaid (or expenses-only) internships on their brand’s magazine. As all these placements have set hours and responsibilities, the employers are highly likely to be legally obliged to pay at least the National Minimum Wage (£5.80 an hour, for over 21s).

The four ads appeared on the well-respected journalism and PR websites Gorkana and Journalism.co.uk. These are the same sites that ran the Tesco ad (which I see has now been removed from both):

I’ve posted screen grabs of the ads at the bottom of this post, but here are summaries of each ad:

Role Two-month internship with the magazine’s features team, “including supporting the editor’s PA and responding to reader queries. The ideal candidate would be a graduate with a passion for magazines, organised, a clear communicator with strong writing skills.”

Pay “This is not a paid role, although weekly costs will be covered.”

Role “Editorial intern to assist on a health and beauty project and the main magazine. Tasks will include organising samples, contacting PRs and readers and general magazine admin. Please note that this is an administration-based role not feature writing. Superb organisation sills are a must and some magazine experience is essential.” The placement lasts “approx 4 weeks” and working hours are 9am – 5.30pm.

Pay “Travel expenses will be paid.”

Role Design intern supporting the Art team at Dare, “the High Street Beauty Bible for Superdrug. As well as contributing to layouts you will have the opportunity to do packshot photography, brainstorm ideas and be a valued member of a small team whilst really learning what it is like to work at a fun, busy magazine.” Applicants must have “a good working knowledge of OSX software Indesign, Photoshop and Illustrator.” Working hours 9.30am – 6pm, length of placement unspecified.

Pay “Travel expenses will be paid.”

Role Editorial intern for a three-month placement. Duties include: “providing administrative support for the features desk as well as editorial research and feature writing. There will also be the opportunity to attend and help out on photo shoots.”

Pay “The role is not salaried, but we will pay travel expenses and provide and invaluable opportunity to learn key journalism skills, make industry contacts and get by-lined articles for your portfolio.”

Graduate Fog understands that these ad were probably placed by each brand’s contract publishing company. (For Sainsbury’s, Seven Squared; for Morrisons, Result Customer Communications; and for Superdrug and Weightwatchers, River Publishing).

I also understand that placements like these have been happening within journalism for years.

However, as with last week’s Tesco ad, I think they are enormously significant.

Because unpaid placements used to be journalism’s ‘dirty little secret’.

Everyone knew they happened but they were not advertised, largely – I assume? – because the publications knew they were ethically and legally dubious.

In the past, if you were young and willing to work for nothing, you approached the publication directly to try and arrange a placement.

Clearly even that was pretty dodgy – but that was nothing compared with what we’re seeing now.

Today, huge organisations like Tesco, Superdrug, Sainsbury’s, Morrisons and Weightwatchers seem to think unpaid internships are so no-big-deal that it is perfectly alright to publicly advertise them.

When in fact they are – and always were – highly likely to be ILLEGAL.

Remember these are brands that make enormous profits and spend zillions promoting a positive image of their company using expensive PR and advertising.

It is also clear in the job descriptions that these companies are obviously gaining value from the interns’ work for them.

And all this in the context of growing societal concern about youth unemployment.

Is it just me or is that pretty disgusting?

I’m going to contact all these companies now and give them a chance to offer an explanation.

As with the Tesco ad last week, I will first approach the brands themselves. Later, I will approach their contract publishers (River, Seven Squared and Result).

This is because I strongly believe that as these magazines carry the Sainsbury’s, Morrisons, Superdrug and Weight Watchers brands – and it is these brands that pay River, Seven Squared and Result to produce these mags on their behalf, I think it is them who should take ultimate responsibility.

As promised, here are the screenshots for all four ads: 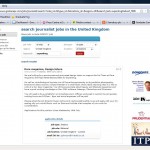 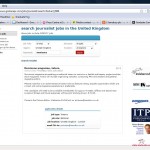 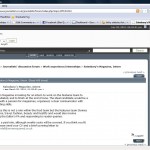 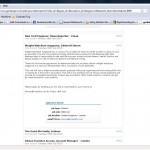 *Want me to keep pushing this?
It would be great if you could comment below to let me know whether I have your support in continuing with these investigations. Please remember that I’m completely unpaid for my time so I need to make sure I’m spending it following up stories Graduate Fog’s users really do care about! Thanks xx