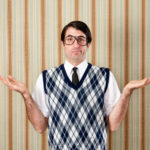 A Sainsbury’s spokesperson has claimed that Sainsbury’s Magazine is “a completely separate commercial entity” from Sainsbury’s – and refused to accept any responsibility for an advertisement for a three-month unpaid internship on the publication, which is likely to be illegal.

Yesterday morning, I had a strange voicemail from Tom Parker in the Sainsbury’s press office.

To be honest, I couldn’t make much sense of it.

So I have transcribed it below in the hope that one of Graduate Fog’s users might be able to enlighten me as to what the dickens this guy is on about:

“This is Tom Parker in the Sainsbury’s Press Office.

You’ve said before that this is not Sainsbury’s that’s doing this – this is Sainsbury’s Magazine.

They are separate from us. They are completely a separate commercial entity.

I’m going to drop you an email but we’d be grateful if you could change those tweets because they are simply not correct. They are factually incorrect.

I’m going to drop you an email shortly about your other queries but in the interest s of fairness and what’s correct and not misleading your readers, it’s important that they know the difference between Sainsbury’s and Sainsbury’s Magazine.

Acutally, I’m not sure that I do agree.

As I understand it, Sainsbury’s pays Seven Squared a large fee to produce their magazine on their behalf, which has the sole purpose of promoting Sainsbury’s products and services and the Sainsbury’s brand.

So I ignored Tom’s message – mainly because I had a deadline for some other work but also because he was getting right on my nerves.

Please find answers to your questions below. I hope that you will make it clear to your readers the distinction between Sainsbury’s Magazine and Sainsbury’s.

I am sure that your readers are aware of our highly regarded graduate recruitment scheme. As well as the graduate programme we also offer paid year long and summer work long placements for students. Your readers can find out more details on these, plus our regular graduate scheme, at www.sainsburys.co.uk/graduates. Would you be interested in working together on this story?

Below, he had listed answers to my four questions.

Which, in fairness, is more then Tesco, Superdrug, Morrisons or Weight Watchers have yet been able to provide (and my questions really aren’t hard):

What is Sainsbury’s policy on using unpaid interns throughout your business? Are you aware of the law that anybody deemed to be a ‘worker’ (rather than a true ‘volunteer’) must be paid at least the minimum wage, regardless of whether they are willing to work unpaid?

It is not our policy to recruit unpaid interns. Instead we offer students and graduates year and summer long paid work placements. These are very popular and a number of our interns have gone on to join our full graduate scheme.

Was Sainsbury’s aware of the ad, before I brought it to your attention? If you were unaware of it, is this something you will be speaking to your contract publisher Seven Squared about?

Whose responsibility do you feel this is? Although I suspect Seven Squared posted this ad without consulting you, could they argue that your contract with them is not sufficient to cover their staffing costs to run Sainsbury’s magazine? Since the magazine (and the ad) both carry the Sainsbury’s brand, I assume you feel you have some responsibility for this?

Seven Squared is a completely independent company and as such, this advert was published without our knowledge. As I mentioned above, we will raise the issue with the company.

Can you confirm whether this internship has already run (the ad was from the end of March to the end of June)? Was the intern paid for his/her work on Sainsbury’s magazine?

As Seven Squared is independent of Sainsbury’s, we are unable to answer this question on its behalf. Instead please can you contact Suzanne Michaels, Assistant to Editor Helena Lang, at suzanne.michaels@sevensquared.co.uk. Suzanne is aware of your query.

Graduate Fog’s users feel that the big companies like Sainsbury’s should be taking the lead on this issue and setting a good example. Too many companies are taking advantage of young people’s desperation to find work and gain experience as a way of cutting their own staff costs. What steps will you take to ensure that Sainsbury’s – and none of your suppliers – will use unpaid interns in the future?

We insist that all of the companies we work with, no matter where they are in the world, obey the laws in the countries in which they operate. We do this by working closely with suppliers to ensure their dealings are fair and ethical.

– I believe that Sainsbury’s did not approve this ad.

– I understand that Sainsbury’s gives Seven Squared a level of autonomy when putting together Sainsbury’s Magazine and assumes that its suppliers stick to the laws of the land.

– I also think that – given the seriousness of the situation – someone from Seven Squared should have dropped me a line by now. Asking me to contact the Editor’s PA (no offence to Suzanne) – doesn’t give me the impression that they’re taking this all that seriously.

It’s almost as if they’re not aware that WE HAVE CAUGHT THEM DOING SOMETHING THAT IS VERY LIKELY TO BE ILLEGAL.

Any thoughts on what we should do next?

*What do you reckon?
Are you satisfied by Sainsbury’s’ response to this story? Or could they do more to prove they are taking this issue seriously?