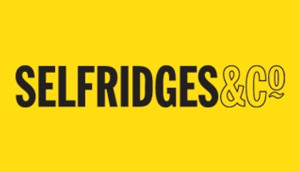 Graduate Fog has learned that the seven big brands caught advertising for unpaid internships could face official questioning – and even criminal charges.

The grilling is also likely to also involve the contract publishers Cedar, Seven Squared, River and Result, who placed the advertisements on behalf of Tesco, Sainsbury’s, Superdrug, Weight Watchers and Morrisons for interns to work on the brands’ customer magazines.

This weekend’s report by the IPPR and Graduate Fog’s friends Internocracy confirmed that all these internships are likely to be unlawful, stating:

“Private companies will normally be under a legal obligation to treat people employed on internship programmes as workers and to pay them the appropriate minimum wage.”

“Employers often mistakenly believe there is a ‘grey area’ around internships in the National Minimum Wage legislation that allows them to take on unpaid interns as long as both sides understand it is a voluntary position — this is simply not the case.

“The law is, in fact, very clear and the problem is a failure of enforcement.”

However, the inquiry may not happen.

It all depends on you.

Because we have a tough decision to make – and I’m not going to do it alone.

The good folks at the Pay and Work Rights Helpline have told me that they will investigate any credible ‘intelligence’ about companies which could be undermining the minimum wage  laws.

The informant doesn’t have to be the intern themselves.

It could be me.

All I need to do is submit the screen shots of the advertisements.

They can’t guarantee what will happen next.

The information will be handed over to the tax men at HMRC, who will conduct a full investigation – including contacting the companies concerned to see what they have to say for themselves.

I have no problem getting on the wrong side of these companies (I sense I may already have my grinning face pinned to a dartboard at Sainsbury’s HQ!).

However, I want to make sure we have thought this through before we go any further – and that I have the backing of the Graduate Fog tribe before I take action against these companies.

As I see it, there are several possible outcomes to taking this further and making our complaint official – and not all are 100% good:

1) The companies get a scare and decide to start paying their interns, keeping on those they have already hired. (*Best result)

2) The companies get a scare and terminate all seven internships (if indeed they have gone ahead – remember we only have ads recruiting for these roles). These are not replaced with paid roles.

3) The companies get a scare and terminate all unpaid internships in their entire company. These are not replaced with paid internships. (*Worst result)

See? This is quite a conundrum:

Do we press ahead and submit our evidence, show these companies that we mean business – but risk these internships being terminated altogether?

Or do we search for another, more diplomatic approach in the hope that we can maximise the chances of maintaining these internships in some form, for future graduates to benefit from? (Any ideas?!)

Sometimes, I find myself leaning towards throwing the book at these companies.

And – given my previous dealings with these companies – I’m losing faith that a diplomatic approach is even option.

Like on Monday when I received this email from Urban Outfitters, who you’ll remember we caught advertising for a NINE MONTH unpaid internship at their head office.

That made me MAD.

I have also just read through the responses from all the other brands, which were – in my opinion – uniformly arrogant and dismissive towards our entirely legitimate complaints:

TESCO
“I worked for many years as a journalist and work experience/internships are an invaluable way of gaining experience in an industry that is very difficult to get a foothold in. I personally worked on this basis for two national newspapers and was extremely grateful for the opportunity.”

SAINSBURY’S
“This [internship] is [at] Sainsbury’s Magazine. They are separate from us. They are completely a separate commercial entity. I’m going to drop you an email but we’d be grateful if you could change those tweets because they are simply not correct. They are factually incorrect.” Referred me to the PA to the magazine’s Editor.

MORRISONS
“We believe the role was offered by our publishing company with the best intention of providing a valuable work experience opportunity.”

WEIGHT WATCHERS
“As you know already Weight Watchers magazine is run by River Publishing, therefore they will be coming back to you with a response in due course as it is an issue relating to them directly that you are questioning.”

SUPERDRUG
“We work with a number of agencies who may have people on work experience in their office working on their projects. We have asked them to clarify the status of all such individuals.” I have heard nothing since.

SELFRIDGES
I have chased this several times but I am still awaiting a response.

When I read these outrageous messages, I think the time has come to take a stand against companies who think it is reasonable to ask young people to work for nothing – when every other employee receives a salary.

However, the idea that my actions could terminate a young person’s internship makes me really uncomfortable.

If a Graduate Fogger is struggling to find paid work, I always advise you to take volunteer work or unpaid work if you can – because doing something is better than nothing. Not just for your CV, but also for your confidence and motivation. I really believe this to be good advice.

What’s more, it seems that this trend is spreading into new industries every day. Something needs to be done.

So here we have a clear case of doing the best thing for the common good – versus the individual.

My hope is that if unpaid internships are stopped, the companies who run them will have to start taking the same people on – but with pay.

We know that unpaid interns are doing proper, necessary, valuable work at the moment – so surely these companies won’t be able to do without you altogether?

However, it may not be this straightforward. For example, if employers have to start paying interns, they may only take on half the number. What happens to the other half?

What do you think?

*Whose side are you on?
Should the greater good come before the individual?

IF YOU’VE NEVER COMMENTED BEFORE ON GRADUATE FOG – PLEASE DO SO TODAY!
If I don’t hear from enough of you, I won’t submit our evidence. Thanks – x