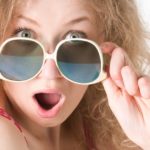 COULD YOU AFFORD £9,000 PAYABLE UP FRONT – WITH NO LOAN SUPPORT?

Is postgraduate study about to become closed off to all but the wealthiest students?

Academic experts have now warned that those hoping to sign up for postgraduate study will be next to suffer from government cuts. Slashed budgets in this area are inevitable and could be just as brutal as those to undergraduate degrees – as students are asked to stump up £9,000 for their studies. Payable in advance. Without any loan support.

That’s right – Paul Marshall, executive director at the 1994 Group of smaller research-intensive universities warned it was only a matter of time before universities are forced to break the bad news to their students, as £100m of existing government funding looks set to be erased overnight:

“Postgraduate students have so far been missing from the funding debate. While undergraduate students will be able to pay for tuition out of subsidised loans and a host of support measures, no such mechanisms are in place for those looking to study at a more advanced level.

“However, postgraduate courses are not going to be spared the impact of cuts to the teaching grant. Put bluntly, course funds are going to be chopped without any support for students whose contributions will have to replace them.”

Graduate Fog knows that in the past couple of years, postgraduate study has become an increasingly appealing option for those finishing their first degree.

Hearing horror stories about the dire state of the graduate job market, many graduates have been opting to delay joining the world of work by signing up for postgraduate courses. Some also hope that an extra qualification will shorten the length of time they’ll need to do unpaid internships.

As regular readers will know, I’ve always warned graduates to think carefully before signing up for postgraduate courses as having more qualifications won’t necessarily boost your chances of landing a better – or better paid – job when you join the world of work. Frankly, I think many postgraduate courses are a complete con – outright theft, in fact.

Going even further, I believe that many academic institutions are aware of this, but continue peddling these courses regardless, because they are an easy ‘sell’. (Yes, media postgrad-flogging institutions, I AM talking to you).

However, I admit that some postgraduate courses ARE useful – and the idea that they are about to be tugged out of reach from everyone but the wealthiest students is deeply worrying.

Taken in conjunction with unpaid internships, are we heading towards a world where poorer students are charged the same as wealthy ones for their undergraduate degrees – but only the wealthiest students can afford to do what’s necessary to actually get a graduate job?