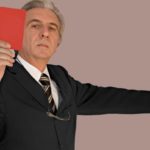 IMMIGRATION MINISTER CLAMPS DOWN ON OVERSEAS STUDENTS WHO STAY AFTER STUDIES

Competition for graduate jobs in the UK could soon be reduced after a Home Office minister announced that overseas students who have been studying at British universities will be sent home after graduation, under tougher controls on student visas.

Immigration Minister Damian Green said that the current system, under which overseas (non EU) graduates are allowed to remain in Britain for two years after finishing their studies was “too generous” and was helping to push up unemployment among domestic students. Green said:

“It’s obviously a worry for any graduate looking for work in a very difficult jobs market and it seems to me that it is wrong to allow unfettered access to the jobs market to anyone from overseas.

“It is putting unnecessary extra strain on our graduates. It is important that we have a proper, fair playing field for British graduates.”

Graduate Fog is not quite sure what to make of all this. On one hand, it all sounds a bit ‘Daily Mail’ — “Let’s blame the foreigners for everything that’s wrong with our country.” On the other hand, with new graduates more than twice as likely as the rest of the population to be unemployed, should we be prioritising getting British graduates into work – in British jobs – by reducing the number of non-British graduates they have to compete with?

Does anyone know any more about the stats on this? I’m afraid I have no idea of the numbers. How many overseas students currently graduate from British universities every year — and how many of them stick around and look for work? Is it a big enough number to have a significant impact on the job market if they were removed after graduation?

My instinct is that overseas (remember, we only mean non-EU) students are a fairly small proportion of the total number of graduates in the UK. And obviously – even if we wanted to – there is nothing we can do to remove EU students once they have graduated, as we’re all free to work wherever we like within the Europe.

In other words, I suspect that the true scale of the ‘graduate problem’ is far too big to be solved by one tiny tweak to immigration policy. The idea that kicking out a few foreigners would make a significant difference to anything removes the spotlight from the real problem, which is that British firms simply aren’t creating enough paid, entry-level jobs for the vast number of graduates currently looking for work in this country.