“Entitled, immature and illiterate” – What bosses think of today’s graduates 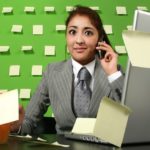 WHY DINOSAUR EMPLOYERS JUST DON’T ‘GET’ YOUR SKILLS

** This is a guest post by Clare Whitmell, who blogs about CV writing and job search strategies at JobMarketSuccess.com **

It really bugs me that older people — including employers — are making sweeping generalisations and judgments about an entire generation. According to them, Generation Y (that’s you, if you were born after 1980) are:

Bosses say: You want the great job, great career without wanting to put in the work and effort to get that reward. You’re slated for thinking your degree will take the place of experience, and that you deserve special treatment because of it.

I say: If I was in debt to the tune of £30,000, I’d feel entitled to a job too. I’d feel that I’d invested in my future, and deserved to a good start in the career of my choice. I definitely expected to get a good job when I graduated (in 1987 — I’m 45 now). Why is this sense of expectation now labelled ‘entitlement’? It’s criminal that young people are being urged to get a degree in the expectation that they will get a better job – only for this not to materialise. There should be much clearer direction at school. And it’s simply not true to say that ‘Gen Y’ is work-shy. Yes, some have inflated ideas about salary but far more grads take unpaid internships just for the chance at a job. This was virtually unheard of for ‘Gen X’. We walked into paid roles straight after graduation.

Bosses say: You have the attention span of a flea. All this multi-tasking (simultaneous texting, tweeting and blogging) means you’re unable to dedicate time to properly completing one task before moving on to another. Incapable of rigorous thought, your ‘cut and paste’ generation snips bits of information from one source and cobbles it together with another to create a mish-mash of uninformed, unresearched opinion, offered up in place of reasoned and structured analysis and assessment.

I say: OK, maybe you do flit from one thing to another, but this is symptomatic of the digital communication style you have grown up with — it’s not a character flaw. I could argue that it’s an asset in the modern office. How many work environments today allow the luxury of sitting down and working at a problem without interruption? In understaffed offices where employees are overworked, phones ring, email alerts ping and bosses sneak up on you from behind to assign you new tasks. So, flexibility is no bad thing.

Bosses say: You aren’t ready for world of work. You aren’t independent enough of your parents, you’re not ready to take on responsibility at work and — crucially — you don’t have the sophisticated communication, critical thinking and problem-solving skills that employers look for today.

I say: When were 21-year-olds ever good at this stuff, without a bit of coaching from their employer? There’s now some evidence to suggest that development of these skills is not something you typically see in young adults — it comes much later in life. If they want to speed up the development of these skills, employers should give young people problem-solving tasks to work on and assign an older mentor to help guide the process. They shouldn’t just throw you in at the deep end without supervision — and complain when it doesn’t go right.

Bosses say: You lack basic written and numeracy skills, using text speak rather than spelling words out in their entirety, not appearing “business-like” in your written communication to clients.

I say: This complaint is an old chestnut. Every year, the CBI (Confederation of British Industry) trots out a report saying literacy and numeracy are dropping, that grads can’t spell, add up or write a decent letter. You rely too heavily on spell check, our editing skills are undeveloped, you rush your work… But this is nothing new. My mum (of a generation so ancient it has no label) sends me emails with absolutely no paragraphing — and commas where there should be full stops or semi colons. Meanwhile, my brother (a fellow Gen Xer) writes entire emails with no punctuation at all — they’re just a string of words. Good writing skills come about through practice and feedback. Gen Y, the digital generation, communicates in a variety of styles, and far more frequently than previous generations. You can write concisely in tweets and texts and synthesise information from websites, blogs and forums far better than older people. Oh, and this nonsense that text speak makes us worse spellers – not borne out by any of the evidence. It takes understanding of spelling rules to be able to abbreviate meaningfully.

Generalising across an entire generation is just lazy thinking. It’s so much easier to stereotype everyone rather than to take the time to get to know and appreciate someone’s strengths and weaknesses.

How much more convenient to say: “Today’s grads are useless — they can’t even write proper business English,” than to say “Let’s invest in some training,” or “Let me take the time to show this person how I want her to reply to this sort of letter or deal with this sort of complaint in a professional way.”

So why do older people seem to dislike you so much? Perhaps every generation is guilty of slating the one below and vastly under-estimating their capabilities. I think some might be scared of you “stealing” their jobs (because you’re willing to work for less?). They might feel threatened by a younger, more vigorous, more curious generation. But the truth is that we must all stay up-to-date, and we should feed our brains regardless of our age. Nothing stands still, and nobody can afford to stay in a rut. It’s far more healthy is to think we can all learn from each other — regardless of which “generation” we fall into.

My background is in teaching — and one thing I’ve learned from teaching young people is this: the minute you start to underestimate someone’s capabilities is the minute you start decreasing their potential. Give someone the tools to do a job, believe in them, and you’ll be amazed by what they can achieve.