EVEN MIDDLE-EARNING GRADUATES WILL BE 46 WHEN DEBT IS CLEARED 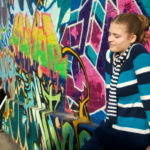 NEW SYSTEM MEANS SOME WILL PAY BACK TWICE WHAT THEY BORROWED

New figures have revealed the shocking reality of graduate debt. Students starting their degree in 2012 could find themselves paying back up to £83,000 over their lifetime – that’s nearly twice their original loan. And middle-earning graduates can expect to be 46-years-old when their debt is finally cleared.

On reading this news, Graduate Fog’s eyes popped out of my head. Eighty three grand for a degree? Are you kidding?

Already, graduates are saying that their degree isn’t worth what they paid for it – and that’s before the planned increase in tuition fees, up to a maximum of £9,000 per year.

Under the new system, the amount paid and the speed at which the loans will be paid off depends on the earnings of the graduate:

Student two
Starts on average earnings and gets a £2,000 per year rise over and above average pay.
Total sum repaid: £83,791
Age when debt is cleared: 46

Is it just me – or are these numbers insane?

WHEN will the people taking decisions over tuition fees (which affect students going IN to university) start listening to what the graduates coming OUT of university are saying?

**Was your degree worth what you paid for it?**
How much debt are you in? Are you worried about repaying it? What advice would you give to school pupils considering university now?