Graduates first in line for redundancies 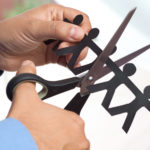 ONE IN TEN BUSINESSES PLANS TO CULL YOUNG WORKERS

Worrying news reaches Graduate Fog that businesses are planning to reduce their numbers of junior employees – suggesting that young people could be the first in the firing line in a new round of redundancies. And more than half of companies said they would not be taking on any new graduates this year.

The survey – conducted by training consultancy firm Ethical Skills & Training – revealed that 10% of businesses admitted they were making plans to lay off some of their young employees (aged 18-24).

Graduates in the East Midlands are likely to be hardest hit – 14% of businesses in the region are planning to reduce employees in this age group.

The good news is that in jobs hotspots the West Midlands and London, a fifth of employers are actively seeking to employ young people. The less good news is that these regions also have some the highest living costs of anywhere in the country – so even graduates who do find work are likely to find their finances feeling seriously squeezed.

For many companies, the cost of training young staff was the major barrier to hiring and retaining young staff – 33% of businesses polled said this was their main concern. This is despite the fact that a third of businesses admitted to spending just £100 to £500 on training a young person during their first year at work. Such tight-fistedness is unlikely to surprise Graduate Foggers – many of whom have already been forced to effectively train themselves by doing months of unpaid internships before they are eligible to apply to what were formerly ‘entry level’ jobs.

Other companies polled claimed that it was their young employees’ poor performance that meant they were first in line for lay-offs. Bosses cited poor time keeping, poor attendance, poor verbal and communalisation skills, a lack of drive or commitment and inappropriate dress as reasons why the axe was most likely to fall on their younger staff.

This news broke on the same day that the Government gleefully announced that unemployment was at a ten-year low (down 88,000) and youth unemployment has also fallen (by 79,000) – which has left Graduate Fog is feeling rather confused. This data simply doesn’t match what we know to be the day-to-day reality for job-seeking graduates in 2011. What’s going on? Is it because:

More young people are in education? The total number of 16 to 24 year-olds in full-time education rose by 61,000. But is a good thing? As some Graduate Foggers have learned the hard way, extra qualifications aren’t always a good investment.

More young people are working part-time, because they can’t find full-time jobs? The number of people ‘under-employed’ in this way rose by 46,000.

Unpaid interns don’t count as ‘unemployed’? Because interns can’t claim JSA, are you slipping through the cracks in the research? Because the latest stats show there are over 128,000 of you doing this kind of work in the UK.

One expert – Howard Archer, IHS Global Insight economist – agreed that the Government’s joy at the latest unemployment figures was premature. He told the Telegraph:

“The labour market is currently showing resilience in the face of a struggling economy, but the key question is: can it last? We have serious doubts about this and suspect that unemployment will head up in the second half of the year as public sector jobs are increasingly pared and private sector companies become more cautious.”

Graduate Fog is unconvinced that the slight drop in youth unemployment is proof that young workers – including graduates – are out of the woods yet.

We know that unpaid internships continue to be THE big issue for job-seeking graduates, keeping you away from the unemployment figures – but out of paid work. I am also deeply concerned about the new stats from Ethical Skills and Training, which suggest that new graduates are more likely to be targeted for redundancy than older workers.

My worry is that the current unemployment figures could mask a potential crisis for graduate unemployment further down the line – unless something is done about helping you into proper, paid jobs, NOW.

*Will graduates be first in the firing line?
What do you think, are the chancellors announcements on youth unemployment hiding a bigger problem? Have you found it difficult to find entry level work after leaving university? What do you think of business’s justification that you’re simply too expensive to train?