Sorry, why are graduates earning less than cleaners? 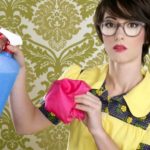 An MP who has supported the call for all workers to earn the ‘living wage’ (£8.30 an hour in London, £7.20 outside the capital) has been found advertising for an unpaid intern – or “volunteer worker” to work in her Westminster office.

Lyn Brown – a Labour MP whose website claims she has “campaigned tirelessly for a living wage for all” – is seeking a “voluntary Westminster worker”. This person’s duties will include “policy research” as well as “answering the phone, dealing with constituent enquiries and provision of additional clerical support.” A Westminster source has told the BBC that this person will take the place of a full-time, salaried worker who is leaving.

The advert states that hours are “flexible” but there is no time limit placed on the post and no lunch or food expenses are offered.

Gus Baker, co-founder of Intern Aware, told the BBC he was seriously unimpressed, accusing Brown of a “double hypocrisy”:

“It’s absolutely unacceptable for MPs to replace full time, salaried workers with unpaid staff. That’s the top and bottom line. But that Lyn Brown campaigns for the living wage – and has campaigned for the minimum wage in the past – makes this a double hypocrisy. What I want to ask her is – how would someone in her constituency from a low income background be able to take up that opportunity? The answer is they couldn’t, so how can she possibly justify that? It is manifestly unfair.”

Graduate Fog is equally unimpressed – but I am also glad that the issue of the London Living Wage has been raised in relation to interns. (I suspect this post is likely to be taken by a recent graduate eager to gain experience, don’t you think?) At the risk of sounding like a snob (I’ve already attacked charities this week, so what the hell), it’s something that’s been bothering me for a while.

Why is it that most nice, liberal people seem to agree that cleaners and street-sweepers deserve £7.20/£8.30 an hour – but dismiss educated, qualified graduate interns who complain that they are earning zero for performing skilled work?

Just to be clear, I am in total support of the living wage for all – £5.93 an hour does not go far in the UK, where the cost of living is soaring. And certainly not in the capital, which is now one of the world’s most expensive cities.

But I fail to understand why this good sense is not being applied to interns, most of whom have shelled out tens of thousands of pounds on their education, understanding that their degree would be their passport to a job paying well over the NMW. I’m just going to say it: don’t most young people go to university so that they can earn more than a cleaner?

Instead, we have a situation where most graduate interns are so accustomed to earning nothing at all for their labour that if/when their employer eventually offers them the NMW, that sounds like a healthy salary (which I thought we’d just agreed it wasn’t, especially in London?). So to most interns, earning the living wage of £7.20 / £8.30 an hour will sound like a king’s ransom.

Don’t know much about the living wage? I didn’t either. So I’ve done some research. The Living Wage Campaign was set up by London Citizens in 2001. Their website says:

The Living Wage Campaign calls for every worker in the country to earn enough to provide their family with the essentials of life. Launched by London Citizens in 2001, the campaign has won over £70 million of Living Wages, lifting over 10,000 families out of working poverty.

The Living Wage is a number. An hourly rate, set independently, every year (by the GLA in London). It is calculated according to cost of living and gives the minimum pay rate required for a worker to provide their family with the essentials of life.

Sounds like a good idea? That’s because it is. Which is why over 100 employers have signed up to the scheme – including KPMG, Barclays, PwC, London Underground, University College London, the Royal College of Music, the Olympic Delivery Authority, the Greater London Authority and law firms Freshfields and Allen and Overy.

Now the pressure is on high street retailers to follow. Last week a “flash mop” of 150 Tesco employees flooded a west London store as part of a month-long campaign to coax the supermarket into increasing its cleaners’ wages (currently at least £6 an hour) to the London living wage.

Clearly, this is all good stuff. At Graduate Fog we whole heartedly support a campaign which recognises the significant cost of living at the moment. But can anyone explain to me why it isn’t ok that cleaners get £6 per hour but it is ok that graduates get paid nothing?

Yet again, it seems that the rights and needs of interns – who are often ‘lucky’ to even receive the NMW – are being sidelined by our government and employers, as if they don’t exist. The Mayor of London Boris Johnson, who backs the living wage campaign, ignored them completely when he said:

“The capital relies on the work of many who carry out the city’s essential functions on a daily basis — from office cleaners to care workers in social services. It is right that their skills and commitment to London’s success are recognised, and one of the most fundamental ways of doing this is to ensure that all Londoners are paid properly.”

Did you hear any mention of interns in there? Me neither. From what I can see, interns are keeping many London companies afloat – so doesn’t the London Mayor think their skills and commitment should be “recognised”? And shouldn’t these workers be “paid properly” too?

See the ad for yourself here

Link dead? Here are the screengrabs: 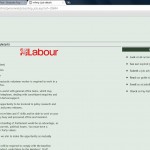 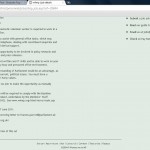 *Do interns deserve the living wage?
Would you be happy earning £7.20 / £8.30 an hour for your work? Are you confused about why interns’ rights to a fair wage are continually ignored, when the rights of other low-paid workers are championed?