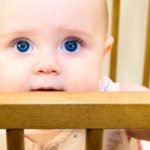 Spiralling student debts are forcing almost four in ten graduates to put their life on hold, according to a new survey. Many say they are postponing parenthood by at least five years.

Research shows that three in ten graduates are forced to delay staring a family and over a quarter have put off getting married because of student debt. Nearly half of graduates say they have postponed buying a home.

“These new figures are deeply worrying. We have known that something serious has been happening among our nation’s young people.

“We knew that they were feeling the squeeze in terms of jobs and housing – but it truly awful to see that their financial position now seems to be so deeply affected when it comes their big ‘life decisions’ like getting married and having children.

“On top of that these stats suggest they also lack the confidence that things are going to get better any time soon. The government needs to act fast if we are to reverse this terrible trend.”

The figures – from price comparison site uSwitch – come from interviews with over 1,000 graduates who graduated in the last five years.

They also offer a worrying glimpse of the true state of the average graduate’s finances. Over two-thirds of graduates said they had underestimated the amount of student debt they would incur – and one in five said they would consider bankruptcy as a solution to their debt problem. Over half of graduates said their student debt means they’ve had to wait to start saving and a third said they couldn’t afford to start a pension.

The numbers also suggest that many graduates have their heads in the sand when it comes to thinking about their personal finances. Four in 10 (40%) don’t know the rate of interest charge on their student loan and 14% have no idea what they are being charged on their overdraft. And, despite the fact that almost nine in ten graduates took out a student loan, one in five wrongly believes that student loans are interest-free. A further fifth said they had no idea how students loans are calculated or paid back.

More than three quarters of graduate said they don’t think enough is being done to inform students on debt, budgeting and finance.

“The fact that graduates have to put their life on hold because they are knee deep in student debt is a sorry state of affairs. And as fees go up, students risk running up even bigger debts. But without a degree getting a job in today’s stagnant market may be even harder. Going to university used to be the norm, but it is now becoming a catch 22.

“It is also worrying that students are going to university blind to the financial implications. Higher fees and lack of job prospects may be out of your control, but if university is right for you it’s more important than ever that you are as financially prepared as possible. Getting a student loan may be the only way to fund university, but it’s vital that you get clued up on the system. And when you graduate make sure you understand where you stand financially and how to avoid falling further into debt.”

*Are you putting your life on hold because of your student debt?
Could you afford to have a baby, get married or buy a house in the next few years? Did you understand the true extent of the debt you were taking on when you enrolled for university? Should students and graduates be given better financial advice to help them understand how to manage their debt?