What’s next for the internships debate? 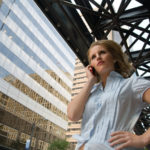 Are you frustrated that for all the talk – and press coverage – about unpaid internships, very little seems to be happening to stamp out the practice? Today, Graduate Fog is taking part in the Guardian’s live online Q&A “What should be done about internships?”

The debate will run from 1-4pm – and promises some heated discussion about this emotive problem. Clearly, much excellent work has been done in the last year or so in raising awareness on this issue – particularly by Intern Aware, Internocracy, Interns Anonymous and the NUS. But there is also frustration that despite all our efforts, not much seems to have changed – and hundreds of thousands of graduates’ attempts to get their careers started are still being thwarted by this corrosive practice. So what’s next? Here is what I think needs to happen now:

1) THE GOVERNMENT NEEDS TO CLARIFY THAT UNPAID INTERNSHIPS ARE ILLEGAL. While we on Graduate Fog are pretty clear on the law when it comes to internships, the fact remains that many employers — and the general public — are not. Although a bunch of us are doing our best to raise awareness, it is not fair that the responsibility is falling to ten (?) of us to educate the entire nation on this. Where is the support from Government? So far I think our politicians have actually done more harm than good in this respect — and that the ‘Clegg-up’ furore at Easter had been a disaster for interns. (Remember how Nick Clegg’s attempt to raise the issue of internship was blown off-course when David Cameron undermined him by saying he was ‘relaxed’ about internships — and then the press discovered that Clegg himself had done an unpaid internship?) Although the press seem obsessed with nepotism — and this ‘sharp-elbowed parents’ idea — most of Graduate Fog’s users actually see nepotism as a secondary issue to that of PAY. The Government must do more to clarify the fact that it is never okay to use unpaid workers — of any age, and at any stage in their career.

2) THE NATIONAL MINIMUM WAGE LAW NEEDS TO BE ENFORCED FOR INTERNS We already have a law to protect most interns — the problem is that it’s not being enforced. There is no point in having the National Minimum Wage law unless we are prepared to enforce it. There is no point in being proud of it unless we are prepared to enforce it. The reporting system must be overhauled, to make it easier and more appealing for anybody (not just interns who have been exploited) to report unpaid internships. The current system is fatally flawed as it places too heavy a burden on the intern (Why would you report someone you’re trying to impress?). The authorities must get tough with companies who ignore the NMW laws when it comes to interns. They need to start imposing formal warnings, fines and prosecutions.

3) BUSINESS NEEDS TO MAN UP. Are any big companies willing to condemn publicly the practice of exploiting the vast army of young, unpaid workers we’ve come to call “interns”? Because I haven’t heard about them. A show of support from business is long overdue and would be an easy public relations win among the nation’s young. At present, interns are stuck and desperately need help. The law seems to be on their side, but their position is too weak to allow them to claim their rights (you try demanding pay while trying to impress a newspaper editor or advertising boss). We need Britain’s chief executives and entrepreneurs to take the lead on this, set an example and do what’s right. Can they show that British business is great enough to treat its young workers fairly?

4) UNIVERSITY CAREERS SERVICES NEED TO RAISE AWARENESS ABOUT THE FACTS ON INTERNSHIPS. Stats from Internocracy show that only 10% of graduates know that unpaid internships are illegal – and frankly, that’s just not good enough. Not only is the message not getting through to students and graduates, but many universities are confusing things further by actually promoting unpaid internships to their students, despite the fact that they are illegal. This needs to stop. The Association of Graduate Careers Advisory Services (AGCAS) has officially condemned the practice. Now their members need to get their act together and make sure that they are doing everything they can to arm their customers with the most up-to-date and useful information about the facts on internships. They should certainly not be doing anything to make the problem worse.

*Has the anti-internships movement stalled?
What do you think needs to happen next? Do you have any bright ideas about how we can put more pressure on those in power to create real, lasting change to help get a fairer deal for interns?