Are you SURE you want to be a journalist? 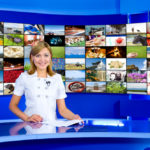 THE DARK APPEAL OF THE INDUSTRY THAT HATES ITS YOUNG

Why are so many graduates desperate to break into an industry that pays sleazy private eyes huge sums of money for phone hacking — but won’t pay its interns the minimum wage?

This summer 40,000 of the UK’s young people will graduate with qualifications in journalism or media studies — to pursue their dream of finding paid work in an industry that that doesn’t want them.

As a saturated (and shrinking) job market is flooded with new hopefuls every year, employers know they hold all the cards — and most of these graduates will find themselves working for months for free for the miniscule chance that their unpaid internship(s) will one day turn into a near-minimum-wage , ‘entry-level’ job in journalism.

As journalist Ed Caesar wrote in the Sunday Times last year, the challenge for newbies is huge:

No wonder the National Union of Journalists estimates that only 3% of journalists has a working class parent. And former news editor Lee Elliot Major discovered that half of the industry’s “leading figures” came from private schools (which make up only 7% of all schools).

While I have managed to earn a living as a features writer over the last 10 years, I am deeply concerned for those starting out today. Although a few decent editors remain, I have watched aghast as journalism has become an industry that delights in stealing young hopefuls’ enthusiasm and dedication and making you prove your commitment to the job in ever more sadistic ways.

I regularly hear from graduates who have been exploited and robbed by an industry that simply doesn’t value its young talent. Senior editors and management have become greedy and arrogant. Their readiness to grab your free labour without batting an eyelid — in the form of unpaid internships which see you writing, filming or editing stories for publication or transmission — is proof of this. These internships have become a rite of passage for graduates hoping to break into the industry and are ‘sold’ as an essential step in proving their commitment to a career in journalism. They promise to lead to paid work in the future — but somehow they never do.

A senior editor at one of the UK’s national broadsheets has admitted that unpaid internships are now “a fact of life” within journalism. “Interns are being used to fill the paper,” he told the Sunday Times. “If you’re struggling to have enough money to fill the pages, to have a stream of bright young people who are willing to work for fee because they want to learn something… It has become the quid pro quo.”

Other interns aren’t so lucky to be given journalism-related tasks. One former intern — who has a first class honours degree from a Russell Group university — told me that she had been expected to collect an colleague’s birthday party pictures from Boots, deliver 300 pairs of shoes to eight different London locations by hand — and pick up the editor’s dog’s ‘little accidents’ from around the office (Yes, really). At one internship she didn’t even have a chair.

Journalism interns who complain about their treatment are offered little sympathy by those who are already ‘in’. After all, many of the editors worked unpaid when they were starting out — so what’s all the fuss about? The general consensus seems to be that the young need to toughen up.

So the abused becomes the abuser. Only they forget that it’s far worse for those entering the industry now. The length of unpaid interning required before you’ll be considered for paid work is getting longer and longer. Competition is even more fierce — there are far more applicants for far fewer jobs. Working unpaid for more than a year has become completely normal.

Today’s interns are in tens of thousands of pounds worth of debt — whereas anybody who graduated before 2001 didn’t pay a penny in tuition fees. But none of this is reflected in the wages even for those who do ‘make it’. Starting salaries can be as low as £12,000 – and the average salary for journalists is £24,500.

Even before the News International scandal, traditional journalism was on its knees, thanks to the double whammy of a recession and the arrival of digital technology. Not that the industry would admit it of course — journalists are experts at managing their own PR and maintaining the myth that being a journalist is the best job in the world. But anybody who has tried to break into this industry in recent years knows the truth. Something is very, very wrong with our journalism industry.

Today Graduate Fog asks: is journalism’s ‘take what you can’ culture sustainable? Does an industry so willing to shaft its young workers deserve to survive? And should journalism graduates turn their backs on this industry and instead find one that values their hard work and talent — and actually has a future?