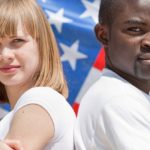 An international expert in the spread of the unpaid internship culture has told Graduate Fog that he is impressed with the momentum behind the campaign against the practice in the UK.

Ross Perlin, the 28-year-old American author of Intern Nation: How to Earn Nothing and Learn Little in the Brave New Economy, also praised the practice of publicly naming organisations which do not pay their interns — something people are hesitant to do in the US:

“The name-and-shame culture in the UK is really interesting from a US perspective, where people are really reluctant to single out unscrupulous employers. Likewise, the Cashback for Interns scheme [organised by the National Union of Journalists] is very impressive: unions in America have steered clear of this issue, and there’s no one out there helping interns get justice or navigate all the legal issues out there.”

Although unpaid internships are not yet as embedded and widespread in the UK as in the US, but they are well on their way, he said — noting the arrival of for-profit companies who trade in unpaid interns and the spread of the practice of auctioning internships at political or charitable fundraisers:

“On the other hand, the existence of groups like Intern Aware and Internocracy and resources like Graduate Fog and Interns Anonymous clearly shows that there is a strong sense of the unfairness of unpaid internships in Britain, more so than in many other places. I am also encouraged by the proposals of Nick Clegg — I’m over the issue of his hypocrisy — and the interest of various MPs [such as Hazel Blears, Andy Burnham and Stella Creasy]. The fact that the conversation in the UK hinges on questions of social mobility is particularly significant.”

During his whistle-stop tour of the UK last month to promote his book, Perlin said he was dishearted to discover that many journalists covering the internships issue still seemed unclear about the distinction between work experience and internships:

“Some people seemed unaware of how long young people go without being paid for their work. So while journalists in the UK seem to be covering the issue of internships a fair amount, and paid a lot of (generally positive) attention to my book Intern Nation, a lot of them did cycle back to pretty elementary questions like “what’s the worst horror story out there?”

The army of people who are against unpaid internships is growing, says Perlin — but it needs better weapons if we’re going to win the battle.

“Having more statistics and better information on the situation in the UK will help make the case for change. There is definitely a critical mass now of individuals and groups who care about youth employment and the injustice of unpaid internships, so I look forward to seeing what the combined efforts of NUS, Intern Aware, Internocracy, Graduate Fog and Interns Anonymous – and their followers – bring about. Interns can help themselves by knowing their rights, keeping an eye on new developments and spreading the word among their friends.”

“One way to engage the broader society in this discussion is to bring up how unpaid and underpaid internships are displacing regular workers and keeping unemployment high. Calling a halt to the dangerous new trend of longer-term unpaid work will strengthen the positive aspects of the British tradition of work experience and mean more paying jobs and opportunities for upward mobility across the board.”

Find out more about Ross Perlin’s book Intern Nation: How to Earn Nothing and Learn Little in the Brave New Economy 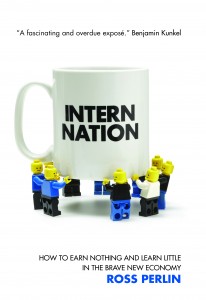 *Did you know this problem was happening globally?
Does that make you feel better or worse about your own situation? What more can be done to draw the public’s attention to the dire consequences of the spread of unpaid internships?