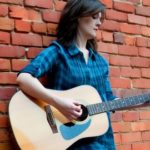 2012 FRESHERS WILL BE SADDLED WITH ‘A SMALL MORTGAGE’

The NUS President has blasted the government after it was revealed that those starting university in England in 2012 can expect to graduate with debts of nearly £60,000.

A new survey by the independent student guide Push asked over 2,000 students how much they owed the bank and their parents – and how much they’d borrowed in student loans.

They found that those who started studying in 2008 (many of whom graduated this summer) will have left with £22,000 of debt. For those who started courses in 2010, that figure will rise to £24,100. Students enrolling this autumn will owe an average of £26,100 when they graduate.

Think that sounds like a lot? The projected figures for students starting university in 2012 dwarf those numbers. For them, the average debt is £53,400. Just looking at England – where fees are steepest, at an average of £8,630 – the average debt will be £59,100.

On average about a quarter of students’ debts are owed to sources other than the Student Loans Company, with 13% owed to parents and family and just under 7% borrowed from banks or on credit cards.

Johnny Rich, editor of Push, said the government had failed to explain how students should manage debts of more than £50,000 – and suggested that students may not always be getting value for money:

“For students this year and in the future it has never been more important to understand the differences between universities. It’s not just the debts that vary widely, — the whole experience students have at different institutions and what they stand to gain from them vary too.”

And Liam Burns, the president of the National Union of Students, said ministers seemed to “think it is OK to hang an amount of debt equivalent to a small mortgage over someone’s head while they study.” He said:

“Leaving young people reliant on commercial credit just to stay in education is scandalous. The case for full reversal of the government’s fee regime remains.

“Ministers must stop student support going to insubstantial fee waivers and instead invest in putting money back in the poorest students’ pockets.”

Sally Hunt, the general secretary of the University and College Union, which represents lecturers, said average student debt was “already staggeringly high and is now set to get much worse”. She added:

“The government’s university funding plans are a recipe for disaster and will lead to people making important life choices on the basis of their ability to pay rather than their ability to learn.”

*Was your degree worth £60,000?
Are you shocked by the money young people are shelling out for university? Will students enrolling in 2012 struggle to make their education ‘pay back’ when they graduate? If you could give them advice about going to university, what would you say? Is a degree still worth it?