Does ad agency Mother really keep its interns in a CAGE? 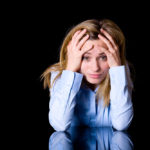 Reports that interns at global advertising agency Mother work in a cage have been met with alarm — but the company insists that it treats its young workers well.

Last month, the London Evening Standard published a piece about the capital’s coolest offices — and Mother London was one of the chosen five. Below the headline “Wish you worked here?” was written:

Sorry — since when was it ‘cool’ for a company to keeping its interns in a cage? The Evening Standard’s editors clearly have some iffy ideas about what is fashionable, perhaps based on their own industry’s attitudes towards its young workers. So far, so offensive. But then — in the page about Mother — came a casual mention of:

“…a large metal ‘cage’, in which the runners and interns work.”

And that was it — no further explanation. Like it was totally normal for a company to keep its interns in a cage — and the fact warranted no further comment. I felt an email coming on…

From: Graduate Fog
To: Mother London
Subject: Press comment about your intern ‘cage’

Congratulations on the article in the Evening Standard on Friday – it was a great read.

My name is Tanya de Grunwald and I run Graduate Fog, a website for job-seeking graduates.

I just wanted to pick up on one thing in the article, which was the mention of your intern ‘cage’. While I feel fairly confident that you don’t keep your interns in an actual cage (!) I would like to ask for more details about this if I may, just to clarify what you meant.

Also, can you confirm that you pay your interns at least the National Minimum Wage (£5.93 an hour) for the work they do for you? How many interns do you have working for you at any one time – and what kind of work do they do?

From: Mother London
To: Graduate Fog
Subject: Press comment about your intern ‘cage’

Thank you for your interest in Mother and your feedback regarding the piece in the Evening Standard last week.

Firstly, let me reassure you, a “cage” is simply a term we use here as we don’t have rooms or offices in the building. It’s a contained space that is locked in the evening….. once every one has gone home!

On your second point, we pay anyone on an internship or placement well above minimum wage and they are also entitled to free breakfast, lunch and paid holidays.

If you would like to come and visit the Mother office at some point over the summer, please contact me and I can arrange this.

During the rest of our correspondence, it became clear that Mother does not mistreat its interns — however ‘cool’ the Evening Standard thought it might be if they did. In fact, Mother they seem to treat their junior staff pretty well.

Their spokesperson asked me not to reveal exactly what they pay their interns, but I can tell you that it’s above the London living wage (which is £8.20 an hour). They run “creative placements” — which last from one month to one year — and “runners” who generally have a 6 month contract which can be extended.

Like other staff members, interns are given free meals from company canteen, cooked fresh every day by their in-house chef. Breakfast is fresh fruit salad, home-made muesli and other cereals, toast and juices. The lunches sound tasty too: thai green chicken curry with naan bread one day; slow-cooked pork belly with artisan bread the next.

She also explained a bit more about the cage:

“Runners from years gone by actually gave the cage its name — they thought it fitted well with the theme the architects had come up with for the office — young, urban and cool. They base themselves from the cage; it’s a place where deliveries are picked up, requests are made and then they generally spend the day walking around the office. I think you have a view that they are locked in a cage working all day! And this is not the case. Only the runners are based from the cage, our creative interns sit on one of our long desks that circle the office. Everyone sits around these desks — from the Partners, the finance, to strategists — we all sit with people we might not work with on a day to day basis.”

I have to say, I am impressed. Not only does Mother London pay its interns more than the London Living Wage, they have further separated themselves from their competitors by making clear that they view their interns as valued members of staff, entitled to the same perks as their older and more experienced colleagues. But something else occurs to me. Doesn’t the fact that I’m so impressed by this speak volumes about the low standards we have come to expect from companies which employ young staff?

*Would it be ‘cool’ if Mother had kept their interns in a cage?
Does the Evening Standard’s editorial reflect its journalists’ own attitudes towards their interns within their industry? Do you agree that we’ve come to expect low standards from companies that employ young staff? Do you wish other companies treated their interns as well as Mother seem to?