Penguin publishing: “We pay our interns above the minimum wage” 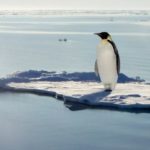 Penguin has become the latest company to promise to our Pay Your Interns campaign that it pays all its interns above the National Minimum Wage. The publishing house joins advertising agency BBH, which has also assured us that its interns receive a fair wage for their work.

For a publishing company of this size – Penguin owns a number of imprints including Michael Joseph, Dorling Kindersley, Hamish Hamilton, Viking, the Ladybird children’s book and the Rough Guides travel books – this is a bold statement. But Penguin are confident that they have nothing to hide – and there are absolutely no unpaid interns hiding anywhere in their press office or marketing departments. Their spokesperson told us:

“We are launching an internship scheme next year which allows us to take on at least four paid interns over the summer for 10 weeks. They will undertake defined projects across different areas of the Penguin UK business.

For the last two years we have also hosted our own diversity editorial traineeship in one of Penguin’s literary imprints — The Helen Fraser Fellowship. This is a paid six-month internship where the person works within a small team, learning about publishing from an editorial point of view. The scheme has been successful so far – our Fellow from last year went on to accept a permanent job here.

We are also part of the Pearson Group who organise a separate paid, diversity internship over the summer – we normally take on around eight students/graduates a year as part of this scheme.

Our interns have set hours and responsibilities, with clearly defined roles and objectives. The aim of our schemes is to give people a meaningful position where they will learn about the publishing industry and be well-placed to apply for jobs afterwards. We pay all our interns above the National Minimum Wage.”

Considering the publishing industry’s terrible reputation for exploiting interns, this is a brave statement from one of the industry’s biggest players (Penguin has published the work of Stephen Fry, Zadie Smith, Will Self, Marian Keyes, Jamie Oliver, Sue Townsend and Dick Francis). Will Penguin’s rivals Harper Collins and Random House be able to match Penguin’s promise? We have approached them too, so watch this space…

*Have you interned at Penguin?
Were you paid for your work – and what kind of tasks were you given? We have no reason to think Penguin’s people aren’t telling us the truth, but if you know something we don’t then do get in touch…