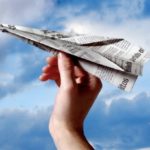 …BUT ARE THEY TELLING THE TRUTH?

British Airways has insisted that the company “does not employ interns” — yet we have found evidence that this might not be true.

When approached as part of our Pay Your Interns campaign, a BA spokesperson told us that our questions about their policy on internships were “not applicable” to them. However, on LinkedIn we have found a profile for a man who describes his role title as “HR intern.”

He seems to be based in America, but it still raises questions about whether the spokesperson was being 100% accurate when he told us BA “does not employ interns.” It is also unclear whether this “HR intern” role is paid or whether it is officially called an internship.

If British Airways were found to be employing unpaid interns, it would not be a great look for them. Don’t forget, the airline that has just spent £20m on a new advertising campaign — their biggest in 11 years.

We have also found some text on a graduate careers website called Careers Catalyst which appears to be written by BA and mentions that the company has “a lot to offer to recent graduates, interns and other undergraduate students looking to experience a bustling, hustling business first hand.”

*Have you interned at British Airways?
Were you called an ‘intern’ — and were you paid for your work? If you work at BA, have you seen interns in the office? 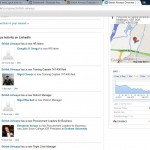 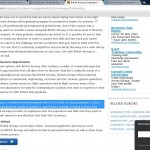