Jobless graduates to the back of the housing queue? 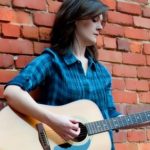 YOUNG, UNEMPLOYED SINGLES WILL BE LEAST LIKELY TO GET COUNCIL HOMES

Unemployed graduates could find themselves at the back of the queue for council housing, if a new scheme being trialled in London is rolled out nationwide. The central London borough of Westminster has announced that it is prioritising homes for those with jobs as it bids to bring down the housing benefit bill, by allowing adults who have been in work for two years to leapfrog those on the dole.

While the scheme is aimed at reducing the large number of work-shy unemployed who see joblessness as a lifestyle choice, there is a danger that down-on-their-luck graduates who are trying their best to find work could also be penalised. As the largest group of unemployed by far, young people are likely to be impacted disproportionately by the changes, particularly those without children.

Thousands of graduates are already struggling to make their degrees pay off – and if this new scheme is adopted things could get even tougher. Graduate Fog recently received an email from a graduate who was entirely dependent on government handouts. He said it was not his choice to live like this – he had applied for hundreds of jobs since finishing his degree two years ago. Many other graduates have been shocked to find themselves claiming housing benefit and JSA after graduating – having assumed their degree would lead to a good job.

Is it just us, or is the thinking behind this policy rather topsy turvy? We understand the concept of rewarding those who are trying to break out of poverty – as opposed to those making no effort. But surely if people are in work, they be able to afford to pay for their own housing? Is this latest scheme yet further proof that workers’ wages simply aren’t high enough – and the cost of renting in the private sector urgently needs to be brought down so that fewer people need government hand-outs?

The Government immediately praised the new scheme – but unemployed graduates are likely to feel angry and ask why they are now being penalised for their inability to find a well-paid job. After all, aren’t the politicians in favour of this scheme the same people who keep telling a generation of young people that spending tens of thousands of pounds on a university degree is still a good investment?

*Should unemployed graduates be offered council housing?
Is it right that young unemployed people should go to the back of the queue? Should housing benefit be given to those who are working – or not working? Does it make you angry that young people who have taken all the official advice given to them are now being left out in the cold?