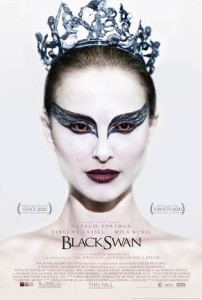 THEY MADE COFFEE, CLEANED OFFICES AND TOOK OUT THE BINS

Two interns who worked on the Oscar-winning film Black Swan are suing studio Fox Searchlight. They claim their employer used them to complete menial work that did little to educate them in the business of film-making and which should have been undertaken by paid employees.

Alex Footman, 24, and Eric Glatt, 42, filed their suit on Wednesday at a federal court in Manhattan, asking for back pay and an injunction against the studio for improperly using unpaid interns on future projects. Footman told the New York Times that his duties on the shoot included making coffee, handling lunch orders, taking out rubbish and cleaning the production office:

“The only thing I learned on this internship was to be more picky in choosing employment opportunities. Black Swan had mor then $300 million [£191m] in revenues. If they paid us, it wouldn’t make a big difference to them, but it woudl make a huge difference to us.”

His fellow intern Glatt – who was employed as an “accounting intern” – was required to create documents for purchase orders and petty cash, going to the set for signatures and making spreadsheets to track missing information in personnel files. He said:

“When I started off looking for opportunities in the industry, I saw that most people accept and ugly trade-off. If you want to get your foot in the door on a studio picture, you have to suck it up and do an unpaid internship.”

The pair claim that more than 100 unpaid interns have been employed by Fox on various film productions. Adam Klein – the lawyer representing Footman and Glatt – said their lawsuit was highly significant and set to be the first of many as interns begin to fight back against exploitative employers. But he warned that the idea of taking legal action was still unappealing to many exploited young workers, saying:

“Unpaid interns are usually too scared to speak out and to bring such a lawsuit because they are frightened it will hurt their chances of finding future jobs in their industry.”

“We just learned of this litigation and have not had a chance to review it, so we cannot make any comment at this time.”

Graduate Fog is tickled pink to see these interns attacking such a high-profile target – and grabbing serious column inches in the process. The legal situation on internships is slightly different in the US – as we understand it their labour laws say that unpaid internships are allowed as long as they have an element of being an educational experience. That said, what they describe is similar to that of many UK interns who are likely to follow the case with interest. And, given the story’s glamorous link (every time it runs, newspaper editors have an excuse to print a picture of Natalie Portman), the result of the case looks likely to make the headlines. Let’s just hope it’s the right result.

*Are you behind the Black Swan interns?
Should more interns come forward and complain about their employers? Have you done a film or TV internship – and were you paid for your work? Will the Black Swan interns ever get paid work in their chosen industry, now they’ve taken this action against Fox Searchlight?