Revealed: How the UN benefits from unpaid interns 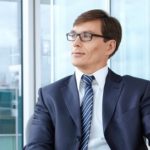 THEIR SCIENCE ADVISERS PAY THEIR INTERNS JUST £100 A WEEK EXPENSES

A recruiter in charge of hiring unpaid interns at the Royal Society — the UK science academy which advises the United Nations and the European Commission — has gloated that the dire graduate job market has resulted in a flood of excellent candidates prepared to work for them for free. This means that the UN and the European Commission – supposedly the guardians of human rights and and workers’ rights – are indirectly benefiting from the unpaid labour of graduates so desperate for a job that they are willing to work for free.

The comments were made in an email to a candidate who had been turned down for a three-month, full-time internship which was based in central London yet paid only travel expenses of £100 per week. In the email, the Royal Society’s Personal Assistant & Events Manager wrote:

“We have been very fortunate that because of the external job market, the majority of applications for our internship scheme have been of a high quality.”

Presumably, this was intended to soften the blow of the rejection — but the recipient was outraged enough to forward the email on to us for publication. The candidate, a 22-year-old natural sciences graduate from the University of East Anglia, told Graduate Fog:

“It seemed callous to me that she was basically saying that the Royal Society was really lucky that graduates are so desperate for work at the moment, as there are loads of really qualified graduates willing to work for nothing.

I think she meant to be kind — showing me that the competition had been tough, so I shouldn’t feel disheartened being rejected. But I actually found it quite shocking that she was saying this is great news for organisations like the Royal Society. It’s insulting to those of us who are desperately trying to find paid work after leaving university.”

The candidate no longer has the job ad for the internship, which was within the Science Policy department on their Atlas of Islamic World Science and Innovation Project. However, on the Royal Society’s website a previous intern on the same internship said this about her time in the role:

“The project consists of peer-reviewed studies of science, technology and innovation in 15 countries, and I am working on the first three: Malaysia, Pakistan and Egypt.

There’s been no photocopying or filing. My time has mostly been spent looking at statistics and creating graphs for the Malaysia report, as well as doing preliminary research for some of the chapters. I’m also helping our Pakistan-based researcher with statistics. As for Egypt, the main researcher is due to make his first fieldwork trip there in a few weeks, and I’m preparing a detailed briefing for him on the country, as well as suggesting potential interviewees and organisations to visit.”

Also on the Royal Society’s own website, they say this about their internship programme:

The Royal Society internship programme within its Science Policy Centre has been up and running since July 2009 with the aim of giving interns hands-on experience of working in science policy. Placements are typically for a period of 2-3 months.

Internships involve a range of activities, such as organising meetings and summarising discussions, research and literature reviews, and related drafting and writing, as well as liaison with our stakeholders. There may also be some opportunities to be involved in other projects within the Science Policy Centre…

…Internships are unpaid and voluntary. The Society is able to offer a travel and lunch allowance of up to £100 per week for the duration of the internship, depending on individual circumstances.

Eligibility
Suitable candidates will have a good undergraduate degree and a keen interest in policy. All candidates must be hard-working, team players with a thirst for knowledge.

Had the role been within a private company, the organisation would have been legally required to pay their interns at least the National Minimum Wage (£6.08 an hour), given that this internship clearly involves real work and set responsibilities. However — thanks to a legal loophole originally designed to protect genuine volunteering — the Royal Society’s charitable status means it is not required to pay its interns a penny, because it can claim they are ‘voluntary workers’. This means that it is perfectly legal for the organisations which they advise – including the UN and the European Commission – to indirectly benefit from the labour of young, unpaid workers.

Graduate Fog has written many times before about what we see as the deliberate misuse of this legal loophole by the charity sector. We are frequently disgusted that large organisations appear to be unable to tell the difference between genuine volunteering (which people of all ages do out of the goodness of their hearts) and interning (which young people do because they are desperate to get experience to start their career in this sector).

It is bad enough that UK law apparently allows this behaviour from organisations like the Royal Society. Graduates should not also have to suffer gloating emails from recruiters rubbing their hands in glee about the fact they are gaining top-quality free labour from graduates who are so desperate for experience that they are prepared to work full-time for nothing.

*Are you shocked that the UN is benefiting from the labour of unpaid interns?
Are you shocked by the Royal Society’s admission – or do you think a lot of charitable organisations are pleased that high graduate unemployment allows them to find so many top-quality interns willing to work for nothing? Is it a “buyer’s market” for those seeking bright young graduates to work for them for free?