Winding down your job hunt for Christmas? Don’t! 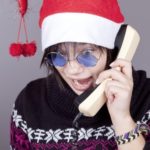 Graduates still hunting for a job should crack on with their search before Christmas – as the latest figures show that things could be even worse next year.

New figures from the Chartered Institute for Personnel Development (CIPD) show why the young – including graduates – have been hit so hard by a recession that seems to have left much of the rest of the workforce fairly protected so far. Many companies have resisted making redundancies among their existing staff – but they have cut the number of new hires, impacting the young disproportionately. Gerwyn Davies, public policy adviser at the CIPD, said:

“The figures point to a slow, painful contraction in the jobs market. Many firms appear to be locked in ‘wait and see’ mode, with some companies scaling back on all employment decisions against a backdrop of increasing uncertainty as a result of the eurozone crisis and wider global economic turmoil.

“The good news resulting from this lull in business activity is that fewer employers are looking to relocate abroad or make redundancies. The downside is that recruitment intentions are falling, which will make further rises in unemployment therefore seem inevitable given that public sector job losses are outpacing the predictions made by the Office for Budget Responsibility. There is no immediate sign of UK labour market conditions improving in the short or medium term.”

And 2012 is set to be tougher still – the CIPD says the 12-month index also shows more employers anticipate cutting cut staff levels than raising them. Youth unemployment is expected to hit one million on when new figures from the Office of National Statistics are released on Wednesday. This comes as new figures from the Higher Education Careers Service Unit (HECSU) show that around one in 12 (8.5%) of those who graduated in 2010 – some 19,785 in total – were still without a job six months later.

*Have you seen the Scribbler job on the Graduate Fog job board?
Great news – the deadline has just been extended – and you don’t need any experience to be considered! And don’t forget, if it’s not one for you, you can still win £50 for recommending a friend!