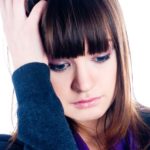 FOUR IN TEN RETAILERS PLAN TO LAY OFF YOUNG STAFF

Graduates who have taken shop jobs as a temporary solution because they can’t find graduate roles have been warned that even those jobs aren’t safe.

The CBI has said that 40% of retailers plan too axe shop jobs, while only 17% plan to hire additional staff. In a sector where around a third of staff are under 25, the cull is expected to hit young workers disproportionately hard.

While some companies may genuinely need to trim staff in order to make their businesses work financially, there are growing fears that many others are taking advantage of the surplus of young people desperate for jobs – and using it as an easy way to cut costs and boost profits.

As the Guardian revealed last month, young people are now being told by job centres that they must take unpaid work placements at supermarkets or risk losing their benefits.

Graduate Fog welcomes the news of the government’s £1bn initiative to tackle youth unemployment, revealed in last week’s Autumn Statement by the Chancellor, George Osborne. It is about time our politicians took serious action on this issue.

Our concern is that they make sure that it is young people who benefit the most from this new scheme – not employers. It is crucial that it is not ‘sold’ to businesses as an easy way for them to cut their staff costs by replacing proper, paid jobs with desperate young workers doing unpaid or low-paid internships, low-quality ‘apprenticeships’ and compulsory unpaid work experience placements as part of the Work Programme.

We are already seeing the widespread cheapening of young people’s labour – including through government backed initiatives – and it is of grave concern that it is unsustainable and unfair.

We must also be careful not make young people feel like they are a burden on businesses. Young people lack experience, but their work still has great value and they deserve a proper wage for their labour. We know that times are tough for businesses, but we believe they must remember their responsibility towards their young workers – and not demand something for nothing.

*ARE SOME BUSINESSES TAKING ADVANTAGE OF YOUTH UNEMPLOYMENT?
Are you worried about your shop job being axed? Do you worry that apprenticeship schemes and the Work Programme being ‘sold’ to businesses as a way to cut costs and boost profits?