Nooo! Desperate graduates pay £200 a day to intern for FREE 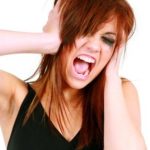 The founder of a new website which charges people to intern for free has claimed his company offers a useful and valuable service to young jobseekers, by charging them up to £200 to work for free for the day as so-called “Assisterns”.

“There is absolutely pent-up demand from people willing to pay an employer for work experience. It is incredibly cheap if you see it as training, considering you are sitting next to a business owner and learning their secrets.

“If people are keen enough to do this they will go out and flip burgers in order to get the money [they need].”

Graduate Fog can also exclusively reveal how Etsio company is promoting itself to the mainstream media – after one of our contacts at a national newspaper kindly forwarded this press release to us:

Wedding planners, graphic designers, and advertising agencies are just three of the many businesses now offering training on a new site, Etsio.com.

But unlike traditional internships, the Assisterns, as Etsio calls them, pay the employer for on-the-job training.

And Etsio boss Kit Sadgrove is urging businesses to sign up to his site because of the demand he’s seeing.

The Assisterns gain knowledge and information on their chosen world of work from small businesses who spend time showing them the skills they need.

“We have lots of people who are hungry to get information and skills in their chosen careers,” said Etsio boss Kit Sadgrove. “But with the current high unemployment figures, people are often competing with hundreds of other applicants for one job. Many don’t stand a chance without relevant experience.

“This is a way of helping people get their first step on the ladder. And it encourages small businesses to take on an intern for a few days. If the intern does well, the company may even offer them a position.”

He added: “I’m getting rung up by people who want to take their first steps on a particular career path, but don’t know how to get started. No one is recruiting, so no one gets a chance. This is the ideal time for business owners to look at the wealth of talent that is out there.”

There’s no fee for employers to join; and they can set their own daily fee. Some companies make no charge for the training.

The site is attracting controversy from those who believe that it’s wrong for people to pay for work experience. But Sadgrove said: “How else can people get on the ladder? With the recession, no one is taking on staff.

“Anyone who’s determined to get work experience will see this as a unique opportunity.

“And if you’ve spent £40,000 on a university degree, which is what it costs, a few hundred quid to get experience is a good investment.”

Whereas at an ordinary internship, an intern would normally perform routine tasks like filing, an Etsio Assistern gets a short term, high-impact placement, usually next to the business owner.

Questions have been raised about how Etsio’s business fits with the National Minimum Wage law – which clearly states that anybody with set hours and responsibilities is a ‘worker’ and must be paid at least the NMW (£6.08 for over 21s). Etsio’s website maintains that its business model is legal, stating:

“While it’s a legal requirement to pay workers a minimum wage, our interns are not workers. They don’t have regular tasks, they aren’t under the control of the employer, and they can come and go as they please. The intern is paying to learn, just as students pay to attend university.”

But are Etsio’s Assisterns really just work shadowing? On the company’s home page, it clearly says:

“…we provide you with a checklist, suggested work activities, and day plans – so you don’t have to spend time working out how to manage them. That way, the intern will be a real help to your business, while getting the experience they need.”

Hm. Doesn’t that appear to suggest that the Assitern will be doing work that’s of value – and that the employer gains useful, valuable labour from the arrangement?

As if that’s not bad enough, Etsio also takes the opportunity to tell would-be ‘Assisterns’ what a burden they are to small businesses:

“Major corporations take interns, because they can afford to, and mostly they pay them. But small companies simply don’t take interns. If you want work experience with the kind of small, exciting professions we deal with, we have to incentivise them to give you work experience. And that means paying them.”

“Whatever happened to investing in young people, training them up and helping them to realise their potential?”

Graduate Fog is deeply concerned at what appears to be the latest example of employers using the youth unemployment crisis as a way to cut their staff costs – and boost profits. Young people lack experience, but their work still has great value and they deserve a proper wage for their labour. We know that times are tough for businesses, but we believe they must remember their responsibility towards their young workers – and not demand something for nothing.

*HAVE YOU WORKED AS AN ETSIO ‘ASSISTERN’?
Were you doing real work, which classified you as a ‘worker’, or was the role more like work shadowing, as Etsio claim? If you haven’t worked for Etsio, would you consider it? Or should companies like this be shut down?