Is your reference worth the paper it’s written on? 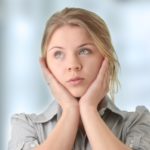 VALUE OF A GOOD REFERENCE TUMBLES, AS REFEREES ADMIT THEY’RE TO SCARED TO BE HONEST

Graduates who have worked hard to get good references from their university tutors and employers may have wasted their time, it has been suggested. Worse still, candidates from poorer backgrounds are being hit the hardest as the reference system crumbles.

Baroness Deech said that traditional references are “not worth the paper they are written on,” as those who give references (referees) fear legal action for negative comments they might make about individuals. The Data Protection Act gives people the right to ask to see all the written information that is held about them, including a reference from their school, university or former employer.

The claim will come as a blow particularly to those graduates doing unpaid (or low-paid) internships. For many of you, a strong reference is one of the main reasons for putting up with long hours and poor pay. Youth unemployment is now at a 17-year high, with one in five people between 16 and 24 out of work. A good reference is seen as one way that the hardest-working graduates can ‘stand out’ in an increasingly competitive jobs market.

But Deech — who gained extensive experience of looking at references during her time as a law tutor at Oxford University — has claimed that it may all be for nothing. Worse still, candidates from poorer backgrounds are likely to be affected disproportionately as references no longer allow referees to highlight outstanding commitment during exceptional circumstances, as these comments are deemed too personal. Deech explained:

“Before the Data Protection Act, we got references from schools. They might say: ‘Young So and So may be very shy and quiet, but we assure you she is very bright, give her a chance. Her mother is an alcoholic. Her father left her. But we know she will deliver.’ It actually helped you give under-privileged people a chance. Or from a public school, they would write: ‘Young Camilla will give a polished performance, but we have had to work very hard with her.'”

But Lady Deech said in an interview that the Act, which came into force in 1984 but was revised in 1998, has put an end to such honesty. Now, because referees fear being challenged by those they have written about, everyone gets a glowing reference — which means the value of a good reference tumbles. “It has destroyed the ability to choose,” Deech said.

“The Act gives individuals the right to access information that is held about them. This can help people in many areas of their lives — from ensuring information is accurate on their credit file to seeing their medical records, or seeing what a prospective employer has been told about them if they are refused a job. To suggest that this right prevents employers providing honest references is a misconception. All it means is that employers who write references should be able to justify their comments. If there are specific problems with an employee it would be reasonable to expect that the employee would already have been made aware of these.”

Graduate Fog is in two minds about this. It is important that employees are able to find out if a referee has said something unfair about them. But it is also important that referees feel they can be honest about a candidate’s true suitability for future positions, without having to defend themselves in an expensive law suit. For many years, the reference system has been useful procedure which helped recruiters to weed out candidates who may look great on paper but are, say, lazy in reality. For the hardest-working candidates to stand the best chance of getting the best jobs, there should be mechanisms in place to ensure that they can be identified as easily as possible.

*Should referees be brutally honest about candidates?
Does the law protect candidates from unfair references from those who simply don’t like them? Or does it unfairly penalise those who deserve the best references? If everybody gets a glowing report – whether they deserve it or not – how can recruiters be expected to spot the best candidate for the job?