Graduate interns only worth HALF the minimum wage? 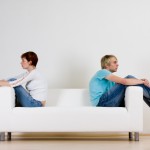 WHEN WILL CIPD DROP THIS DUD IDEA?

**This post was originally published in June 2010, but for some reason the CIPD is banging on about it again in January 2011. Graduate Fog thought the idea sucked then – and it still sucks now. Do you agree? Please comment below!**

The Chartered Institute of Personnel Development has suggested graduate interns should be paid less than half the minimum wage for their work.

According to the CIPD, this wage will “reflect the contribution that interns make to their organisations, which is likely to be less than that of a fully-trained member of staff.”

Despite publishing a 20-page report – called ‘Internships: To Pay or not To Pay?’ – it seems the CIPD still can’t quite decide on the answer to that question.

So instead they’ve suggested paying you half the minimum wage, as a compromise.

“The continued existence of a major loophole in the national minimum wage legislation has created a lot of confusion and concern around the issue of whether interns should be paid or not.

“We believe that the introduction of this Training Wage would reflect the contribution that interns make to their organisations, which is likely to be less than that of a fully-trained member of staff, at the same time as avoiding concerns over reductions in the number of internship opportunities that may result from all interns being paid the full minimum wage.

“Alongside the introduction of the Training Wage, a number of related issues would also need to be discussed, including which working rights interns should be entitled to.

“Nevertheless, the creation of the Training Wage would represent a significant step towards ensuring that internships promote social mobility, provide young people with valuable experience and help tackle exploitation in the workplace.

“What’s more, organisations would still be able to recruit young talent at a reasonable rate during this difficult economic period and beyond.”

Supporters of the Training Wage point out that £2.50 is the same amount paid to apprentices.

But Internocracy‘s Becky Heath tells Graduate Fog she has concerns about that justification:

“If interns are given the sort of structured training programme that apprentices already have, combining gaining skills for work and structured study as part of a nationally-accredited scheme, this will certainly raise the quality of many internships.
“However, if the ‘Training Wage’ is introduced it’s hard to see this happening and I fear interns will be paid, and indeed valued, much less. Offering a ‘training wage’ does not solve the social mobility problem – even interns on National Minimum Wage find it hard to get by, particularly in London where this is around £2 less per hour than the London Living Wage.”

– Interns often do contribute as much as a full-time member of staff. Okay, so that’s a junior member of staff, but still. While you yourself admit you aren’t senior or experienced, many of the tales featured on Interns Anonymous show that you’re busy, productive and relied-upon member of the team. Or did I miss something? Are we just not paying junior staff members of staff anymore? I’ve already been disturbed by the subtle shift away from employers taking responsibility for training of their junior staff – and pushing that on to you (so you effectively train yourselves, on your own time). My worry is that paying you such a low wage could devalue your work further in the eyes of employers.

Legitimising a training wage would take the heat off exploitative employers who know they should be paying their interns a full minimum wage. If bosses were starting to worry that using unpaid interns was a bad look and considering paying you the full minimum wage, haven’t they just been handed a perfect way to look legit for less than half the cost? Why would any employer pay a graduate the full minimum wage when they can pay them less than half and still be seen to be doing the responsible thing? And surely there would then be even less incentive to take you on full-time, on a proper salary? Also, there’s something really distasteful about the idea that big companies could pinch pennies here and there at your expense, considering the vast sums money these firms are still spending on things like PR – without even flinching.

– £400 a month is not enough to live on if you’re paying rent. The CIPD has insisted that “the creation of the Training Wage would represent a significant step towards ensuring that internships promote social mobility,” but Graduate Fog can’t see how. We all know that best opportunities within most industries are often in big cities like London. How on earth is a graduate supposed to afford a roof over their head in the capital on £400 a month? I’m assuming interns earning the Training Wage wouldn’t be eligible for any other kind of benefit to top this up?

*Would you accept the ‘Training Wage’?
What do you think – is the CIPD plan an insult to graduate interns? Or step in the right direction?