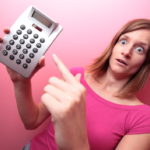 Are you worried about your finances? A new report has revealed the shocking reality faced by many graduates struggling with debt. Of the 44,000 people granted fast-track insolvency since so-called ‘debt relief orders’ (DROs) were introduced in 2009, one in four was under the age of 35 – and experts have warned that graduates are especially vulnerable.

The statistics, published by the Insolvency Service, suggest that young people’s finances are becoming a major cause for concern — and experts says graduates are at particularly high-risk, as they struggle to find jobs and their salaries are far lower than they hoped. Una Farrell, a spokesperson from debt counselling charity the Consumer Credit Counselling Service, told the Guardian:

“Student debt does play a large part in getting people used to taking on large debts early on and it limits their ability to manage their finances. The CCCS is very worried about future generations who are going to end up taking on higher levels of debt.”

Debt counselling charities say the statistics are a worrying indicator of the financial strain faced by young people today, and warned that graduate debt could force many more into financial difficulty in the future, as tuition fees and the cost of living continue to climb. Joanna Elson from the Money Advice Trust said that many 25 to 34 year-olds:

“…Might have expected to be further up the financial ladder by that stage in their life. At the same age their parents would most likely have bought their first home, have a comfortable pension lined up, and be saving for the future. For today’s 25 to 34-year-olds the picture is much bleaker.”

DROs are proving to be popular with younger people in financial trouble, as they are designed for those with a disposable income of less than £50 a month and savings and assets worth less than £300 – and applicants cannot be a homeowner. “You have to be in pretty dire straits to qualify,” said Farrell.

If a DRO is granted, up to £15,000 of debt can be written off. But getting a DRO is no quick fix to a person’s finances – there are long-term consequences. Those granted one will have problems getting credit for many years to come.

This report increases Graduate Fog’s concern about the finances of a generation of young people who have been crippled by student debt and now face the task of keeping their head above water as the cost of living rises and graduate salaries remain appear to be falling. The question is, will things get worse before they get better?

*Are you worried about debt?
Are you – or your friends – struggling to make ends meet? How much of the problem is caused by your graduate debt? Do you predict more under 35s getting into serious financial trouble in the next few years?