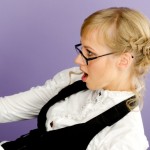 British graduates need to improve their work ethic if they hope to compete with their rivals from other countries, the boss of an international company has claimed.

In a piece titled Get on your bike, grads! Tony Goodwin, founder and chief executive of Antal International said many home-grown graduates are “arrogant”, “lack lustre” and have a “self-inflated air of importance” which hampers their efforts to find good jobs after leaving university. He wrote in Management Today:

“We work in countries all across the world and are constantly reminded of the efforts many jobseekers will go to in order to get a job. They don’t assume going to university is enough and seem to understand it takes hard work and perseverance to prove themselves. Unfortunately, you can’t say the same for the majority of British graduates.

“Our vast experience of the industry shows that if you want lack lustre, uninspired graduates then Britain is the place to go. By comparison, the Chinese, Indian and Polish are streets ahead. Graduates in these countries don’t have a self-inflated air of importance, they just want to knuckle down and get on with it. Their studies are relevant, they work hard in their holidays to achieve relevant vocational skills and they are constantly improving their employability.

“I would say the current generation of [British] graduates are sometimes far too arrogant in terms of what they expect they deserve when they actually lack the vocational skills and degrees they need for the world of work. Too many of them are happy to fritter away years of study on courses which have no relevance to the career they want to pursue and don’t even then use that time to develop other skills and attributes that may help them to get ahead.”

Goodwin is entitled to his opinion – but Graduate Fog finds the new trend for graduate bashing to be deeply troubling. Last week, we were disturbed by the eagerness of the British press – and public – to criticise Cait Reilly, the Birmingham University graduate who is challenging the government over a two-week unpaid internship she says her job centre “forced” her to do in order to keep claiming her £52 a week Jobseekers Allowance.

At a time when young people are struggling, is it really fair to kick them when they’re down? It is easy for bosses like Goodwin to criticise today’s graduates, saying they have the wrong skills and an entitled attitude. But he forgets that you have just spend tens of thousands of pounds on a degree you were encouraged to do because you were told it would lead to better – and better-paid – jobs than if you didn’t go to university.

He also assumes that it is the job of universities to make graduates work-ready on their first day in the office. But who ever said this was what university is for? Sure, that’s what businesses would like university to be for – because it would mean they wouldn’t have to pay a penny to train up their own staff. But the last time we checked, university was still a place of learning, for expanding the mind, not learning how to fill in an expenses spreadsheet. Is it possible that Goodwin has it in for British graduates simply because they refuse to kiss his feet?

*DO YOU THINK BRITISH GRADUATES ARE ARROGANT?
Are you troubled by the recent trend for graduate-bashing? Should employers be doing more to support young workers, instead of constantly criticising you and making sweeping generalisations about your generation being lazy and entitled?