Workfare in crisis as more brands desert the government 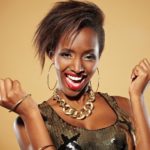 Pressure on the government is growing after protesters and activists this weekend urged brands to back out of the controversial workfare scheme which force jobseekers to work for nothing for large corporations in order to keep their benefits. Critics of the so-called ‘sector based work academy scheme’ have accused them of exploiting the unemployed – particularly the young – for free labour.

In a weekend that has caused excruciating embarrassment to the government, Right to Work campaigners forced the Parliament Square branch of Tesco to close – and fashion chain Matalan became the latest firm to respond to the public outcry by suspending its involvement in the scheme, following Waterstones, the Co-operative, TK Maxx and Sainsbury’s who backed out last week. The website Boycott Workfare is piling pressure on the brands still involved in the campaign to follow suit. A Matalan spokesperson said on Saturday:

“As a result of negative speculation, Matalan has paused the programme in order to conduct a review related to the terms of these work placements and will not be employing any additional resource in the meantime until the review is concluded”.

In a further display that the government’s corporate partners are increasingly uncomfortable being associated with the so-called “sector-based work academy scheme”, Tesco asked that its terms be changed so that placements in its stores were no longer mandatory, but instead optional. This happened after it was revealed that the supermarket has gained 168,000 hours of free labour through the scheme – the equivalent of 420 full-time staff.

Even the Daily Mail – which you might expect to side with the government on this scheme – found that their entire first page of top-rated comments from readers was against it. Their number one comment (currently with 2302 likes) from users said:

“About to order my shopping with Tesco’s online, will scrap that and order elsewhere… if you’re disgusted with Tesco’s then vote with your money and don’t shop there…”

“Have I got this right? The government is using taxpayers’ money to pay Tesco to allow people to work for nothing? This can’t be real, tell me I’m dreaming.”

“If people on benefits are taking all the jobs, how are the unemployed supposed to find paid work!”

“No-one, regardless of circumstance, should be forced to work for nothing in order to line the pockets of big corporations and the providers of these schemes. It sickens me, and is the reason, despite never having voted otherwise, why I won’t be voting for the Conservatives at the next election. The line has been crossed.”

Yet in a stunning display of so-not-getting-it, employment minister Chris Grayling claimed yesterday that critics of the scheme were simply ‘job snobs’. He told Sky News:

“The allegations about this scheme are absurd and those who are particularly targeting the supermarkets, which have been very helpful to us in supporting this scheme, are frankly job snobs about the nature of the work those supermarkets are doing.”

A spokesperson for the Department for Work and Pensions said:

“The scheme is voluntary and no one is forced to take part and the threat of losing the benefit only starts once a week has passed on the placement – this was designed to provide certainty to employers and the individuals taking part.”

And on Sunday Graduate Fog was stunned by the arrival of a press release from the CBI’s press office, pledging its support for the scheme:

“Work experience schemes for Job Seekers Allowance claimants deliver excellent outcomes in terms helping unemployed people to find permanent work, with around half of participants coming off benefits as a result.

“By allowing job seekers to keep their benefits during the work experience period, these programmes encourage people to gain essential workplace knowledge, which then makes them much more attractive to employers looking to fill permanent roles.”

Notes to editors:
The CBI is the UK’s leading business organisation, speaking for some 240,000 businesses that together employ around a third of the private sector workforce. With offices across the UK as well as representation in Brussels, Washington, Beijing and Delhi the CBI communicates the British business voice around the world.

Seriously! What is wrong with these people?

The public’s outcry this weekend was in sharp contrast to the brutal treatment of Poundland intern Cait Reilly a fortnight ago. When the geology graduate complained about being forced to work for two weeks in the discount store for no pay, she was told to “grow up” and stop putting on a “sad clown victim face” by Daily Mail columnist Jan Moir.

Something has definitely shifted. It seems the catalyst for this change in mood was the online circulation of an advert for a ‘permanent’ night shift worker at an East Anglia branch of Tesco paying only ‘JSA + expenses’. The supermarket claimed it was an “IT error” but seeing it in black and white appears to have finally jolted the British public into siding with the vast army of young jobseekers who have objected to this scheme for many months.

Or are they? At this stage, it is unclear whether the majority of the majority of the opposition to this scheme is out of support for exploited jobseekers, or out of hatred towards the big corporations which appear to be using taxpayers’ money to subsidise their businesses, which make millions in profits every year.

For now, perhaps it doesn’t matter. Graduate Fog welcomes any story that gets the public thinking about the important relationship between pay and labour – as this can only help our own ongoing campaign for stamping out privately-arranged, casual, unpaid internships. It has shown the Daily Mail – the country’s most powerful newspaper – that they were wrong to assume their readers would back this scheme. And, whatever you think of the Mail, one thing they are expert at is following their readers – so it’s likely that young jobseekers can expect greater sympathy from the title in future.

But most importantly this debate is making people question whether unpaid work really does lead jobseekers to paid work or whether – as many suspect – it is just a smokescreen to disguise the true scale of our youth unemployment problem in this country. Facing reality may be uncomfortable for everybody, but the sooner we do, the sooner we can give this issue the priority treatment it deserves.

And here’s something for the government to think about: If even the Daily Mail’s readers think you’re right-wing policies are a bit much, perhaps it’s time for a re-think?

*SHOULD WORKFARE BE SCRAPPED?
Are you shocked that the government appears to be ignoring the public outcry – and pressing on regardless? Do you hope more brands will drop out of the scheme?