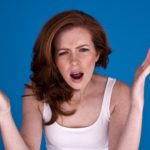 The Prime Minister David Cameron – the leader of our great nation – is apparently unable to tell the simple difference between ‘work’ and ‘work experience’. Forgive us for asking this, but we think the time has come… Is he just a bit thick?

In what promises to be a chilling display of so-not-getting-it that is we’ve come to expect from his out-of-touch cabinet, Cameron will later defend his government’s controversial ‘workfare’ work programme, taking on its many, many, many critics.

That’s right. Despite huge opposition from the general public – including Daily Mail readers – and the media, both left- and right-wing, he remains convinced that on workfare, he is right, and we are all silly Billies. It IS right and fair to make people work for nothing in supermarkets.

In a speech to the Business in the Community charity, attended by the Prince of Wales, our (not quite) elected Prime Minister will say:

“We see this in the debate on education, put a young person into college for a month’s learning, unpaid — and it’s hailed as a good thing.

“Put a young person into a supermarket for a month’s learning, unpaid — and it’s slammed as slave labour.”

Er, yes – that’s right. One is education, one is work. It doesn’t take a month to ‘learn’ how to stack a shelf or sweep a floor – that is work. Labour. It really isn’t that hard. If only we had some kind of law to make it clear to Cameron what is and isn’t acceptable in our society. Oh, wait a second – we do! It’s a little thing called the minimum wage law, which was introduced in 1999. There, in the boring small print, are some clear guidelines which define a ‘worker’ in legal terms. The details are dull – and no doubt the PM has a pressing fives match / white tie engagement to attend, so we’ll fillet the best bits…

In essence, it says that if someone has set hours and responsibilities, is not feel to come and go as they please, is doing real work that is of value to their employer and would otherwise need to be done by a paid member of staff, they must be paid the national minimum wage (£6.08 an hour, if they’re over 21). The only exceptions to this are if the person is doing the work as a component of their course, the employer is a charity, or if accommodation is being offered to make up some of the pay.

If none of these exemptions applies, that person is a ‘worker’ in the eyes of the law. The employer must pay them, and the worker cannot waive their right to pay – even if they say they are happy to work for nothing. And let’s get over this voluntary or mandatory thing – because it doesn’t matter. Either way, unpaid work is not okay.

As far as we are aware, there is no exception to any of this for half-baked scams dreamed up by incumbent governments, however desperate they may be to conceal the truth scale of our nation’s unemployment problem, because it makes for icky PR.

Cameron will no doubt argue that the end justifies the means, echoing the argument of the work and pensions secretary Chris Grayling, who has today accused critics of “backing the destruction of one of the most effective schemes we have for helping young people get into work.”

To which we say okay, occasionally workfare may ‘work’ in getting jobseekers into work. But occasionally torture works in the fight against terrorism – and the death penalty brings down crime. We don’t use those methods as a routine treatment for handling our citizens, do we? That’s because we have decided they are not civilised – and have no place in our society.

Have Cameron and Grayling misunderstood their task? Their challenge was to solve the unemployment crisis without breaking the law, exploiting or humiliating any of our citizens. Sorry, wasn’t that clear in the brief?