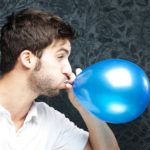 Young jobseekers are claiming victory after it was announced that Poundland has finally backed out of the government’s controversial Work Programme, in which thousands of unemployed people have been forced to work unpaid for up to eight weeks in high street stores – or risk losing their benefits. And on Saturday, Burger King backed out of the scheme too.

Along with Tesco, the discount store has become a focus for the public’s outrage, after intern hero Cait Reilly started legal proceedings against the government for an unpaid three-week placement she says she was “forced” to do at a Birmingham branch, or risk losing her Jobseekers’ Allowance of £53 per week. Announcing the news, a Poundland spokesperson told the Guardian:

“Poundland has suspended its participation in the work programme, because of concerns about the compulsory nature of the programme but they are continuing with the work experience, which is voluntary.”

“We have taken recent findings about the mandatory work programme candidates very seriously and with further investigation have decided to withdraw from the initiative.”

However, there was some confusion about whether ‘voluntary’ unpaid placements at the discount store would continue. The Guardian is currently seeking clarification. Poundland’s distancing of itself from the government’s scheme follows similar actions by Waterstones, Tesco, Greggs, Sainsbury’s, Boots, Argos, Matalan and TK Maxx. In the meantime, the government has continued to defend its scheme. The employment minster, Chris Grayling, attacked critics of Work Programme, saying:

“It’s a false campaign. I don’t accept that the scale of the campaign is very large. It’s a small number of activists who are deliberately targeting these companies and trying to destabilise them.”

He has also said:

“It is really important that none of the companies involved allow themselves to be forced out of what is a really important scheme by what we now know is a small group of long-standing militant activists from the far Left. We have to do everything we can to support young unemployed people and the actions of those looking to destroy the companies’ efforts is nothing short of a scandal.”

Responding to claims that the Socialist Workers Party is behind all the criticism of the Work Programme, Charlie Kimber – the party’s spokesman – said:

“Grayling should know that the campaign against forcing the unemployed to work for nothing is supported by very large numbers of people, not just the SWP. That is why the campaign by Right to Work alongside others has scored successes against several major employers and will continue until the whole scheme is scrapped.”

Graduate Fog has never had any contact with the Socialist Workers Party, and we are delighted to see Poundland abandon the government’s scheme – and we know hundreds of thousands of young jobseekers will feel the same. We just hope that ALL unpaid work will shortly be banned, whether mandatory of ‘voluntary’. As most readers of Graduate Fog agree, unpaid work may look like a solution – but in reality it solves nothing in the long-term. All it does is normalise free labour, ultimately pushing paid work even further out of reach for young jobseekers. What young people need are proper, paid jobs – with companies who can tell right from wrong.

*SHOULD THE WORK PROGRAMME BE SCRAPPED COMPLETELY?
Are you pleased that Poundland has done the right thing at last? Do you think ‘voluntary’ unpaid placements are okay or not? Is this another embarrassment for the government?