Got a good degree? Great – now go and work in a shop 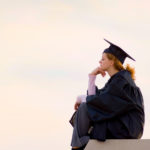 The number of recent graduates employed in low-skilled jobs — including retail assistants, cleaners, hotel porters and machine operatives — has hit a ten-year high, according to new figures released today. A third of graduates are employed in such jobs, it has emerged.

The Office of National Statistics has found that the number of university leavers finding themselves in these roles has increased from 27% (one in four) to 36% (one in three) over the last decade — meaning that now nearly four in 10 people who graduated in the last six years have failed to find high-skilled work.

In 2001, three in four graduates were employed in higher skilled jobs that require education past the compulsory level, such as accountants, senior managers, teachers and electricians. That number has nose-dived in over the last ten years, as many recent graduates have been forced to weather the recession by taking jobs traditionally held by school leavers without a degree.

The survey shows that graduates with a degree in medicine or dentistry earn the most at around £21.29 per hour – while graduates with an arts degree earn the least at £12.06 per hour. (Non-graduates earn around £8.92). Those who finished university in the last two years are the most likely to be unemployed.

But it’s not just down to the recession. The statistics highlight the huge surge in the number people going to university, which they view as an investment in their future. Over the last ten years, the total number of graduates who left uni in the last six years has jumped by over 41 percent, amounting to an extra 438,000 university leavers. This has meant there is now stiffer competition than ever for what were once called ‘graduate’ jobs. It now seems that there are simply too many graduates — and not enough graduate jobs.

The news will come as little surprise to many of Graduate Fog’s readers, some of whom have reported deleting your degree from their CV in order to be considered for bar work, shop jobs and cleaning jobs in your months of job-hunting after graduation. Those who can afford to work unpaid are doing months (years?) of internships (and running out of money). Those of you who can’t afford to are desperate for anything you can get that’s even vaguely related to your chosen industry – but many would take anything that pays.

While there is nothing wrong with low-skilled work, it is not fair to call graduates snobs for being disappointed and frustrated that your degree has not opened more doors in higher-skilled jobs with bigger salaries and greater opportunities for career progression. After all, that is exactly what you were told your degree would lead to — by schools, politicians and the universities themselves — when they enrolled. Why else would you have done it?

*Have you taken low-skilled work since you graduated?
Should the government and universities be doing more to ensure that graduates find decent jobs? Is it reasonable that graduates expect to get something better than a shop job after three years of study at university?