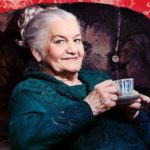 Students graduating this summer can expect to work until they’re at least 71 before receiving a state pension – three years longer than under current plans – following a decision to link retirement ages to changes in life expectancy.

In last week’s budget, the chancellor George Osborne aired plans that will see tens of millions of people currently under 50 (who assumed they would retire in their mid 60s) find the age at which they’re eligible for their state mention will be shunted up to three years further back, forcing them to stay in work long past the age at which their parents retired. Independent experts Club Vita predict that babies born this year will have to wait until they are 74 to receive their state pension.

But having to toiling into their 70s is not the only way graduates will be affected by these changes. Graduate Fog has written before about our concerns that the increased retirement age will have on the labour market. With more older people staying in jobs because they can’t retire, employers will have less money to spend taking on (and training up) younger staff, including recent graduates.

In September last year – when it was announced that employers could no longer force their employees to quit at 65 – meaning they could continue to work into their 70s and 80s – a survey found that almost a quarter of businesses said that the biggest impact of this would be “having less capacity to take on younger members of staff.”

If older workers make up a greater percentage of the workforce, it could also stop younger people from progressing up the career ladder. There is also the question of whether these individuals will be fit enough to work. While many people are in good physical health well into their 70s and 80s, few have the energy and powers of concentration that they did when they were younger. The slog of commuting every day also takes its toll.

While Graduate Fog has great sympathy for older members of the workforce (many of whom would prefer not to have to keep working), we are extremely concerned that allowing them to stay in their (often well-paid) jobs long past the current retirement age could have a catastrophic impact on younger members of society – including graduates – who are already struggling to find a place for themselves in the workforce. Could this be yet another short-sighted policy that this government simply hasn’t thought through?

*DO YOU WANT TO WORK UNTIL YOU’RE 71?
Are you worried that a higher number of older workers could mean fewer jobs for the young? Or do you have sympathy with people nearing retirement age, who don’t have enough money saved? Do you worry about your own pension and old age – or does that seem too distant to even consider?